Dive into the exciting world of the rFactor 2 GT Pro Series, with close and thrilling racing, and incredible prizes, will you become our  GT Pro Series World Champion!

Fight every round for maximum points and move up the grids until you can lift the trophy!

And thank you to our partners for making this happen.

As the GT Series will be our major Sprint Championship for the years to come and with a focus on creating a competitive and stable environment, there obviously should be a prize-pool, right? Season 1 will see the Pro Series fight for an overall prize-pool of 15.000 Euro, with additional prizes across both, Pro and Challenge, during the season from our partners. 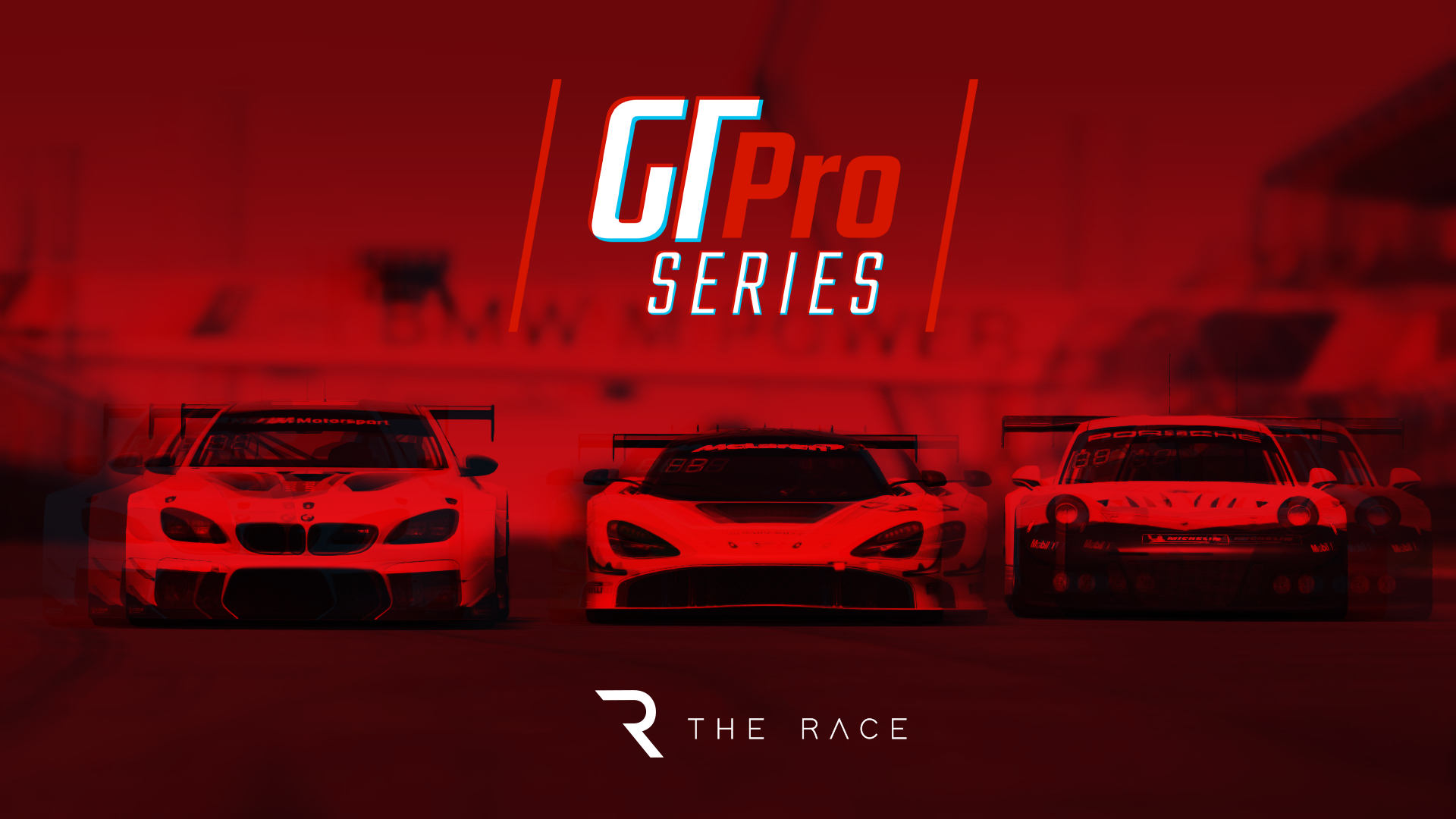 The GT Pro Series races will take part on Monday evenings and will be broadcast on rFactor 2 Twitch and ‘The Race’ media network. 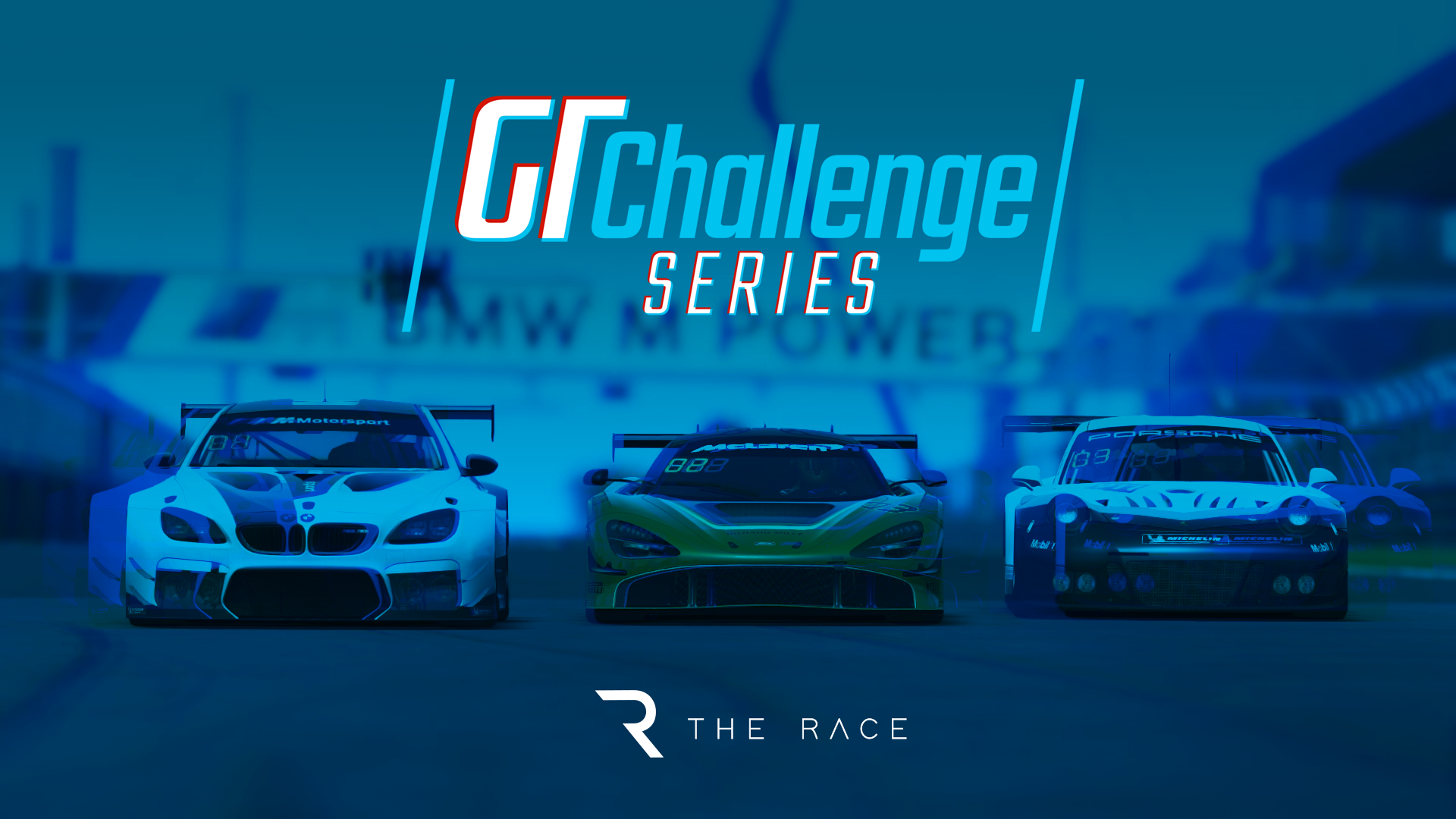 The GT Challenge Series races will take part on alternate Monday evenings and will be broadcast on media networks – Times in CET.

When the Season is finished (so after the 6 race events) the overall results define the drivers for next seasons Pro Series, it looks like this:

AFTER THE SEASON OF PRO SERIES:
Positions 30 – 26 to drop out of pro
Positions 25 – 21 to go into relegation play-off

AFTER THE SEASON OF CHALLENGE SERIES:
Positions 1 – 5 to go directly to Pro Series
Positions 6 – 10 to go into relegation play-off

The Relegation Playoff is basically a last chance qualifier, to either make it into Pro Series, or stay in the Pro Series.

RELEGATION PLAY-OFF:
One-day race event consisting of 3 Races. Top 5 of that to go into pro, the rest drop out. Drivers dropping out of Pro Series start season 2 in the same way as any other driver, with the need to qualify via the Hotlap Qualifier to get placed in a Split to start the season in. There is no carry-over from Challenge Season to Season.

Also important to know:
There is 1 drop week per season, meaning your worst result in Pro Series/Challenge Series will be deleted at the end of the season. Also the BoP will be reviewed every second race. 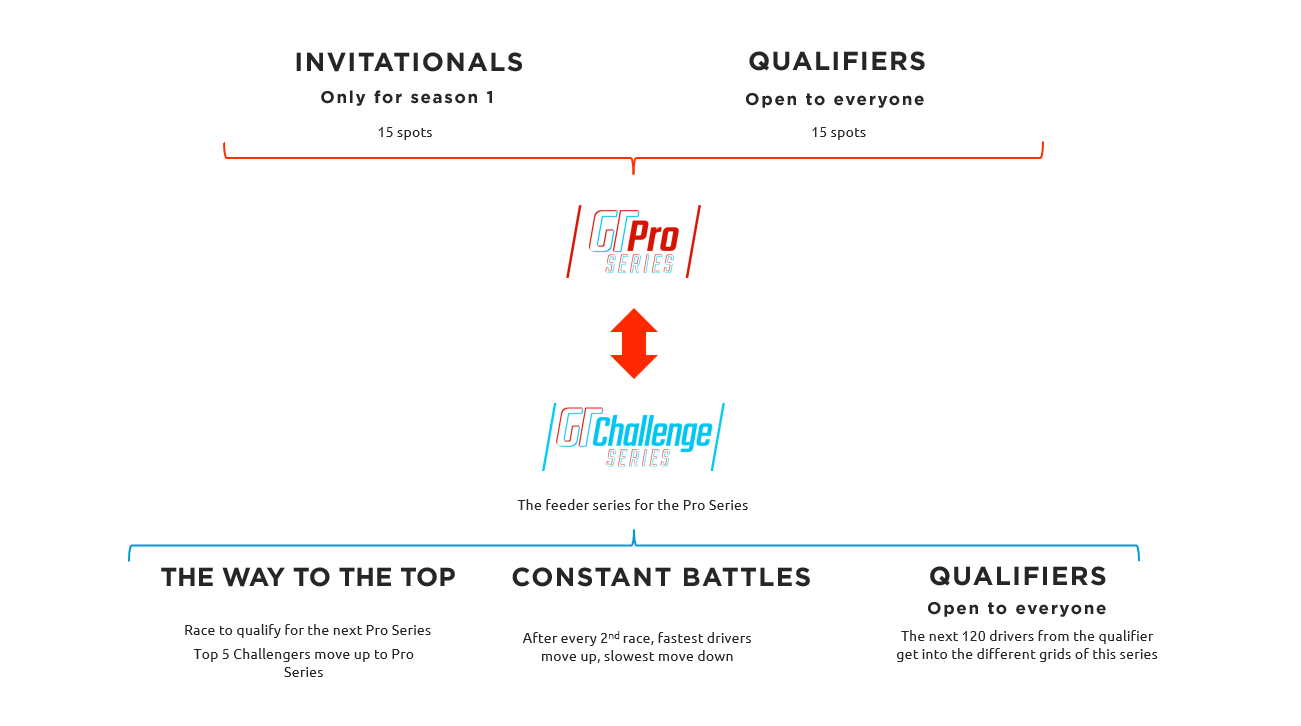 Get ready to take on some of the greats in GT3 racing!  Featuring multiple manufacturers, all with different specifications and homologated to create great on track action. 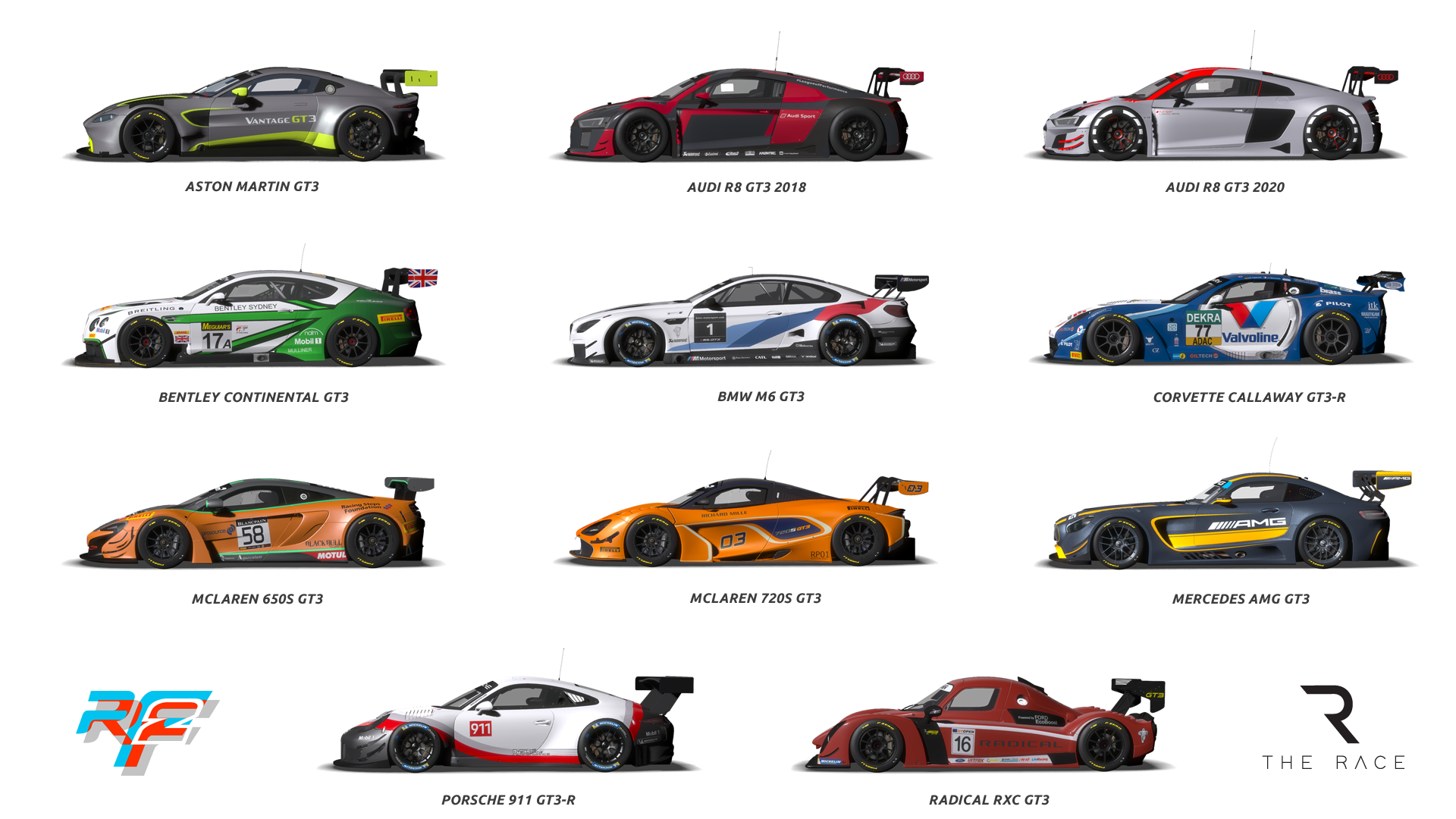 If you have all the content and know what to do enter now. Otherwise read our mini guide below!

What do I need to start?

Before you begin, if you haven’t already, you will need to have a copy of rFactor 2 installed, the GT Power Pack, the GT Challengers Pack and a selection of the tracks.

Then you will need to purchase the incredible GT3 Packs and tracks from the series.

Once installed, we suggest you setup your wheel and options in single player.

You are ready to go! Click here to enter the GT Pro Series competition. 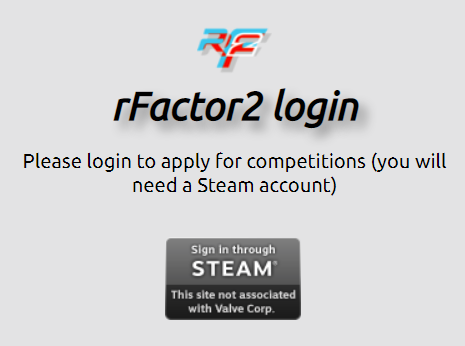 After that, you can subscribe to the current event. 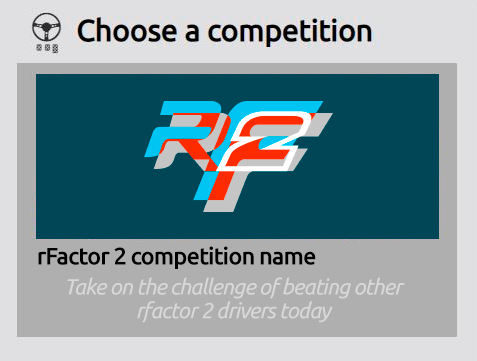 If you don’t have an account on our competition system yet, you will need to fill in those details and create one. 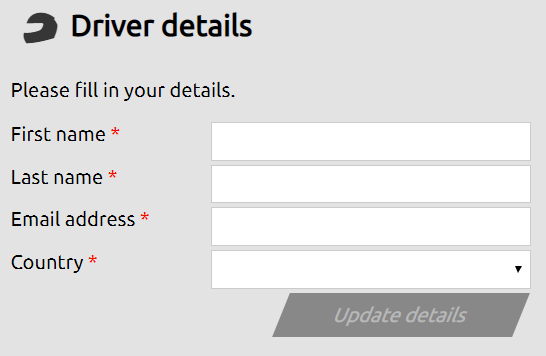 After you’ve done this, it´s time to sign up for the BMW SIM M2 CS Racing Cup.

The next step shows you the current session running, info about the event etc.

On the bottom left you will find the join button to enter the hotlap servers to create your fastest laptime on track.

Before you hit “join session”, make sure you got Steam open, rFactor 2 installed, as well as the needed content for that round.

You will likely see a pop-up looking similar to this, make sure to Open Steam Client Bootstrapper here.

Steam will then notify you about joining the server. This won’t pop up into to foreground so you might need to click on your steam window to see and accept it. 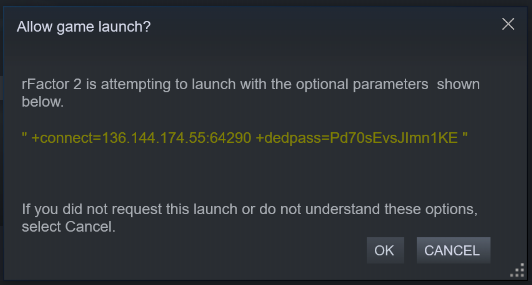 Choose your car livery, click on race and off you go.

During the session you can adjust your car settings to your liking. Good luck!

Alongside our code of conduct,  we will use the following exceptions to the standard rulebook.

-Weather scripted on race day (announced in a forum post)

Just some hotlap/time trial rules, we will be reviewing all laps that qualify in the top-30 and performing spot-checks, those that do not observe correct driving may have their lap removed or will be disqualified (DQ)