The first Ferrari in rFactor 2 is no doubt a real milestone, it underscores our dedication to the evolution of ‘simracing’ for those that want the best and most accurate experience. We know you share that same excitement and anticipation, so with that we very proudly welcome the Ferrari 488 GTE to join the grid.

With the official 24 Hour of Le Mans right around the corner, it is time for us to welcome the newest addition to the grid. With its 4,0-l-V8, the Ferrari 488 GTE will be a true contender for the win in the GTE class.

The Ferrari 488 GTE is Maranello’s choice for the world of endurance racing. Scoring 490 HP on the dyno, the 4 litre V8 engine features a bi-turbo setup to create even power across the entire band of revs. Plenty of power to compete for the top position at the legendary 24 Hours of Le Mans. But power isn’t everything when it comes to the Ferrari, a fully tricked out aero package makes sure that the airflow is helping the 488 GTE to build as much down-force as possible, sending the air across the only 1.160 mm high bodywork right onto the rear wing and below through the diffusor, balanced out with a prominent front splitter, spanning across the entire width of 2.045 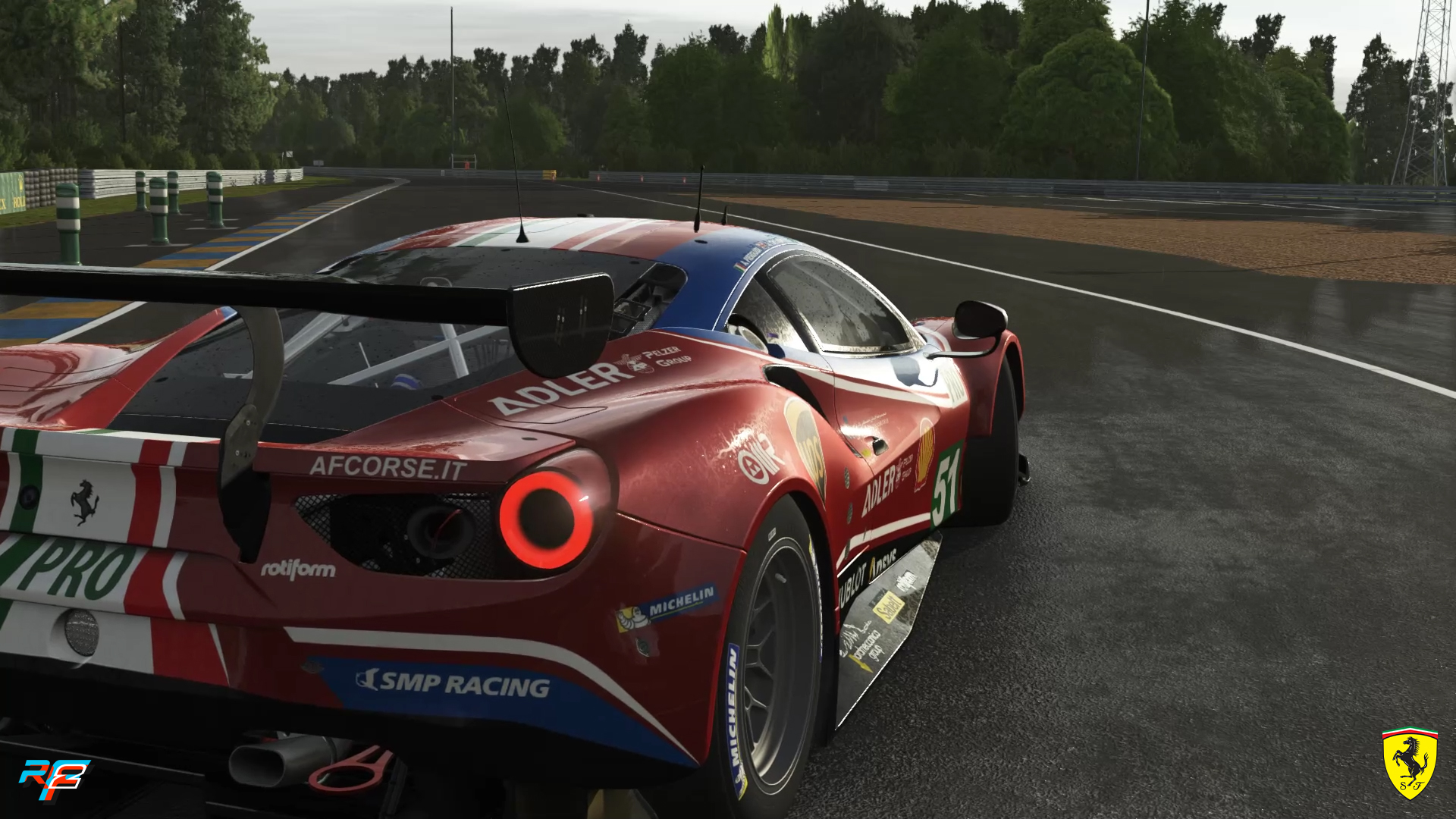 The Italian race car produces 650 nm in the GTE configuration while weighting in at 1.260 kg, making it a nimble and high revving option for endurance drivers around the world.

The Ferrari 488 GTE program began in 2016, when the car was entered in the 2016 FIA World Endurance Championship, as well as in the GTLM class in the 2016 IMSA WeatherTech Sportscar Championship. At the 24 hours of Daytona where the 488 made its competitive debut, it made a promising start, taking home a 4th and a 6th in a strong field of GTLM machinery. A further 4th position in Sebring and a first podium with a 3rd place in Long Beach marked a good opening phase to the American program.

Meanwhile in Europe the factory outfit was about to start it’s first World Endurance Championship season with the new 488 platform. In incredible fashion the Ferrari 488 GTE took home a 1-2 finish at the opening round of the season at Silverstone. An incredible start to the season, that was followed with 2 more wins, 4 more second places and 4 third places across the two cars entered by Ferrari! This took Ferrari and the 488 GTE to the top of the World Endurance Cup for GT Manufacturers by the end of the season. In 2017 Ferrari once again scored most points of any manufacturer. Taking home 5 race victories, two of them being a 1-2 finish, and scoring a further 6 podiums marked a very successful season in WEC. Furthermore, Ferrari also took the GT World Endurance Drivers’ Championship in 2017, with James Calado and Alessandro Pier Guidi taking the 488 GTE to 3 wins and 4 podium finishes!

Since the switch to a summer to summer calendar in 2018, the Ferrari 488 GTE added 3 more wins and 4 more podium finishes to it’s resume. Coming out of the 2017/2018 season, the defending champion went slightly changed into it´s first shakedown in Fiorano for the 18/19 season, the 488 GTE evo was born. With just minor details that had been touched, the endurance version of the 488 remains one of the high prospects no matter which grid it enters.

We will be making further physics and Balance-of-Performance updates for the car over the next couple of weeks.

Get this incredible car right now on our Steam Store 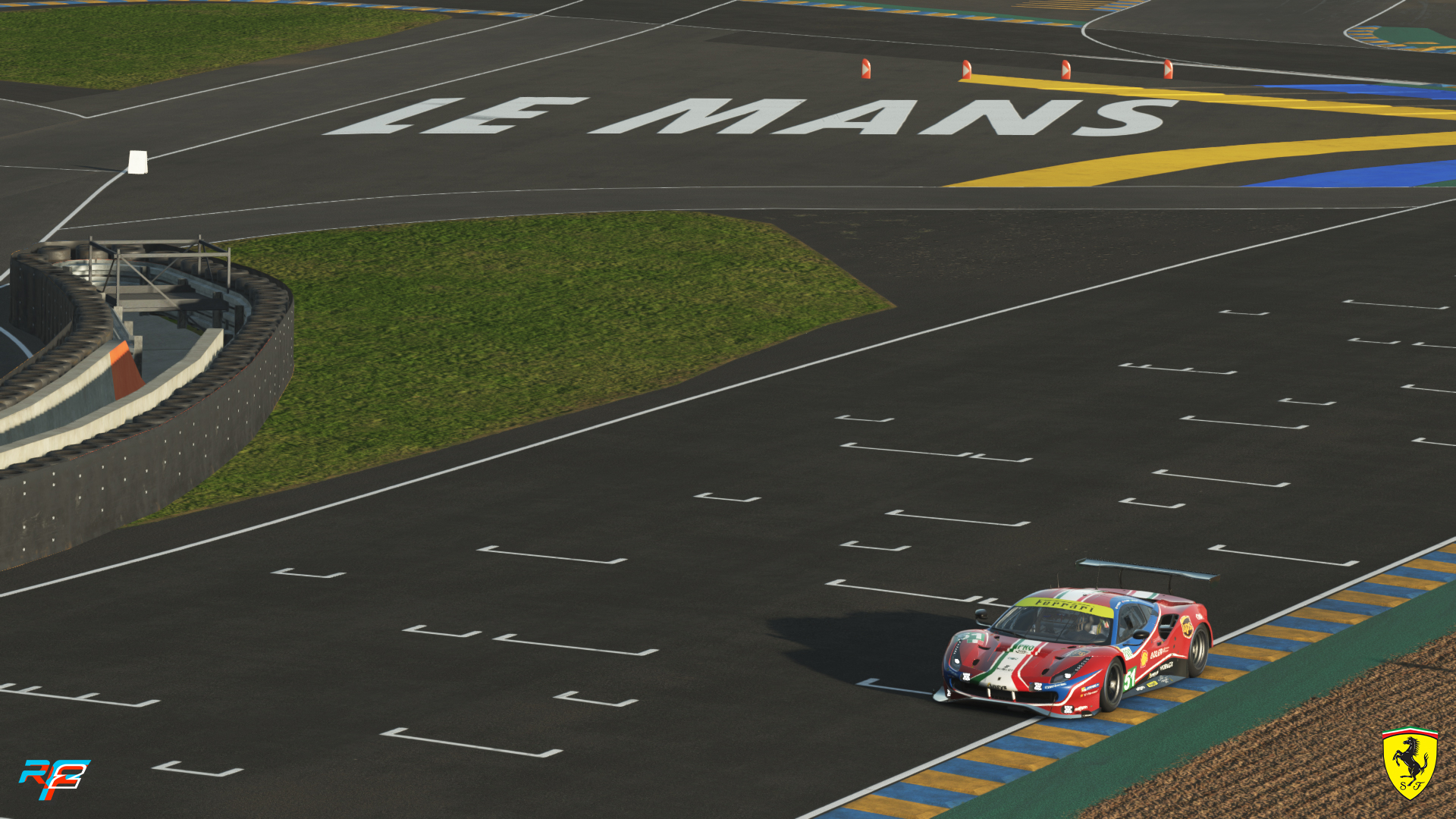 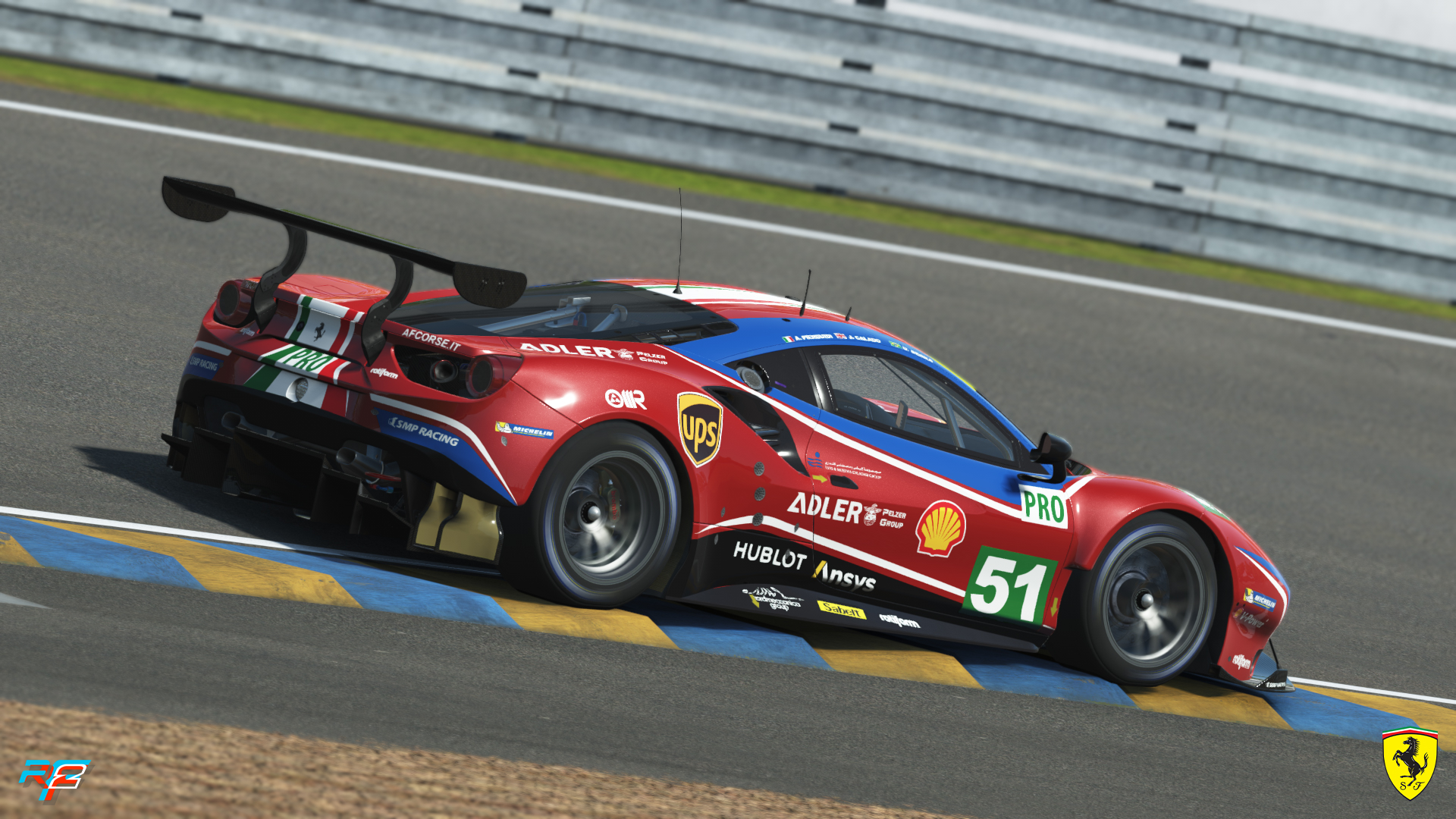 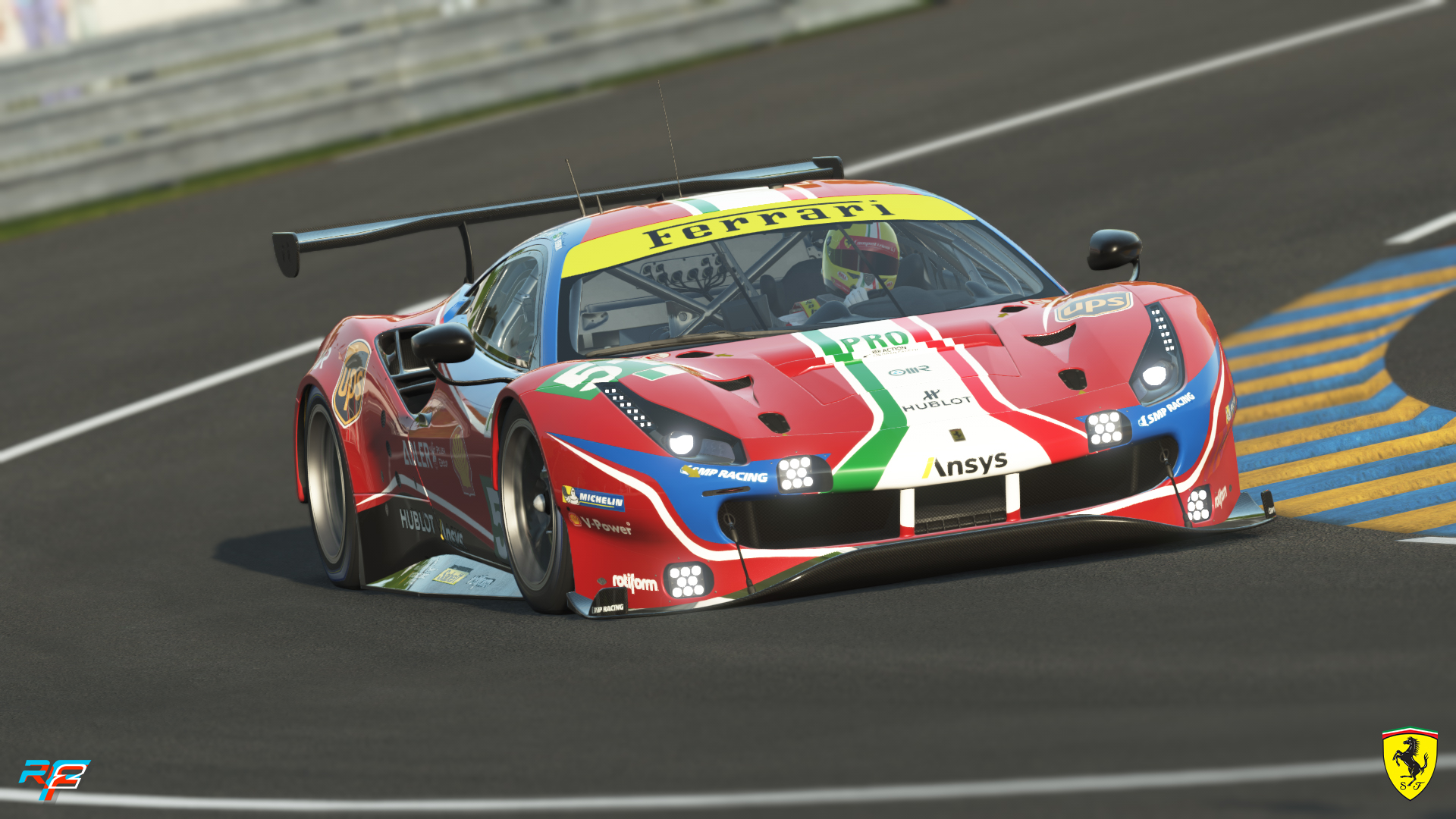