Realism, ‘real life’, “RL” – big words that perpetually bounce off the walls of the simracing interwebs. The community demands ever more realism, and studios respond by investing considerable sums into marketing that aims to validate a ‘sim’ title by positioning it next to its real life motorsports counterparts: Getting a well-known driver to sit in a rig and do some laps is a familiar promotional strategy.

Of course we know it’s not that simple. It takes more than a visual association with “reality” to keep a sim on par with real-life motorsports. The high standards our fans and customers hold us to motivate us as a team to keep pushing. For us, achieving realism is not just about marketing. We believe that the underlying engine that powers our sim is in many ways unique in its vast capabilities to simulate car physics with astonishing detail and fidelity. Translating this potential into the highest level of realism, however, is no easy task. Accepting this challenge means it becomes very important to have access to real-world data and collaborate with the people who are deeply involved in real-world motorsports.

In a previous roadmap, we mentioned our recent visit to Duqueine Engineering in Ales France, where we worked on tuning the Norma LMP3 in rFactor 2.

Duqueine Engineering, whose HQ is situated at the Mechanopôle test track in Ales France, is a dynamic and motivated young company with big ambitions and the drive to push their team to the next level. We had the pleasure of being invited by Duqueine’s Team Principal, Yann Belhomme, and head race engineer, Max Favard. Max is not only knowledgeable when it comes to real-world racing and what it takes to set up a winning car, he also has a solid understanding of and real appreciation for “simracing”. He regularly organizes intense 1- and 2-day sessions in Duqueine’s cutting-edge sim rig to coach professional drivers and amateurs. Drivers benefit from immediate feedback that is partly based on telemetry and partly based on Max’s keen eye for racecraft. Max then critiques each stint and reviews telemetry on the fly with the driver.

Our first visit to Duqueine HQ back in May, which focused on the Norma LMP3 physics and testing, went so well that we decided to meet up again and put our heads together to expand on our initial collaboration. For our second visit, we concentrated on improving the current set of tires used by our GTEs and LMPs. Again, Max Favard’s expertise in race engineering, backed up with very specific feedback and data, proved indispensable. To our absolute delight, Indy Lights and now Duqueine LMP2 driver Nicolas Jamin had flown in specifically to help with this task. He tirelessly test drove every minute change over the course of three days, and his years of experience in multiple racing series were invaluable. 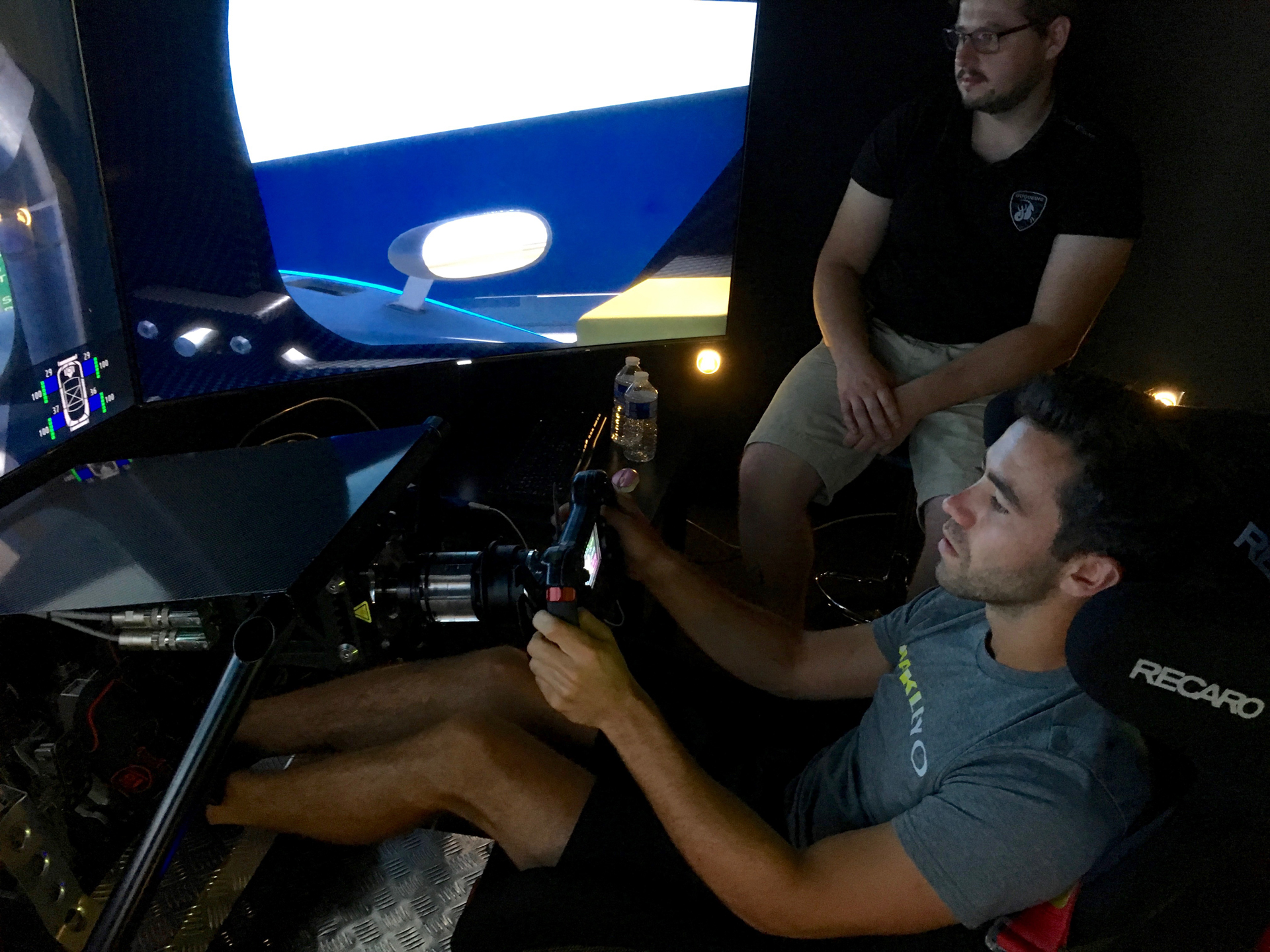 Rolling up our collective sleeves, we went through an intense series of sessions to put our tires under real scrutiny, which involved short and long stints in the Duqueine simrig, testing both wet and dry compounds. Following each stint, we exchanged ideas and checked the telemetry data. Several tracks were used as benchmarks, including a slightly earlier version of our newly-released, laser scanned version of Sebring. The opportunity to test this hyper accurate track with an experienced driver, able to put it through its paces, was an unexpected bonus. And we are happy to report that Nicolas, who has driven the track many times in various cars, was extremely impressed with the accuracy in the road details. 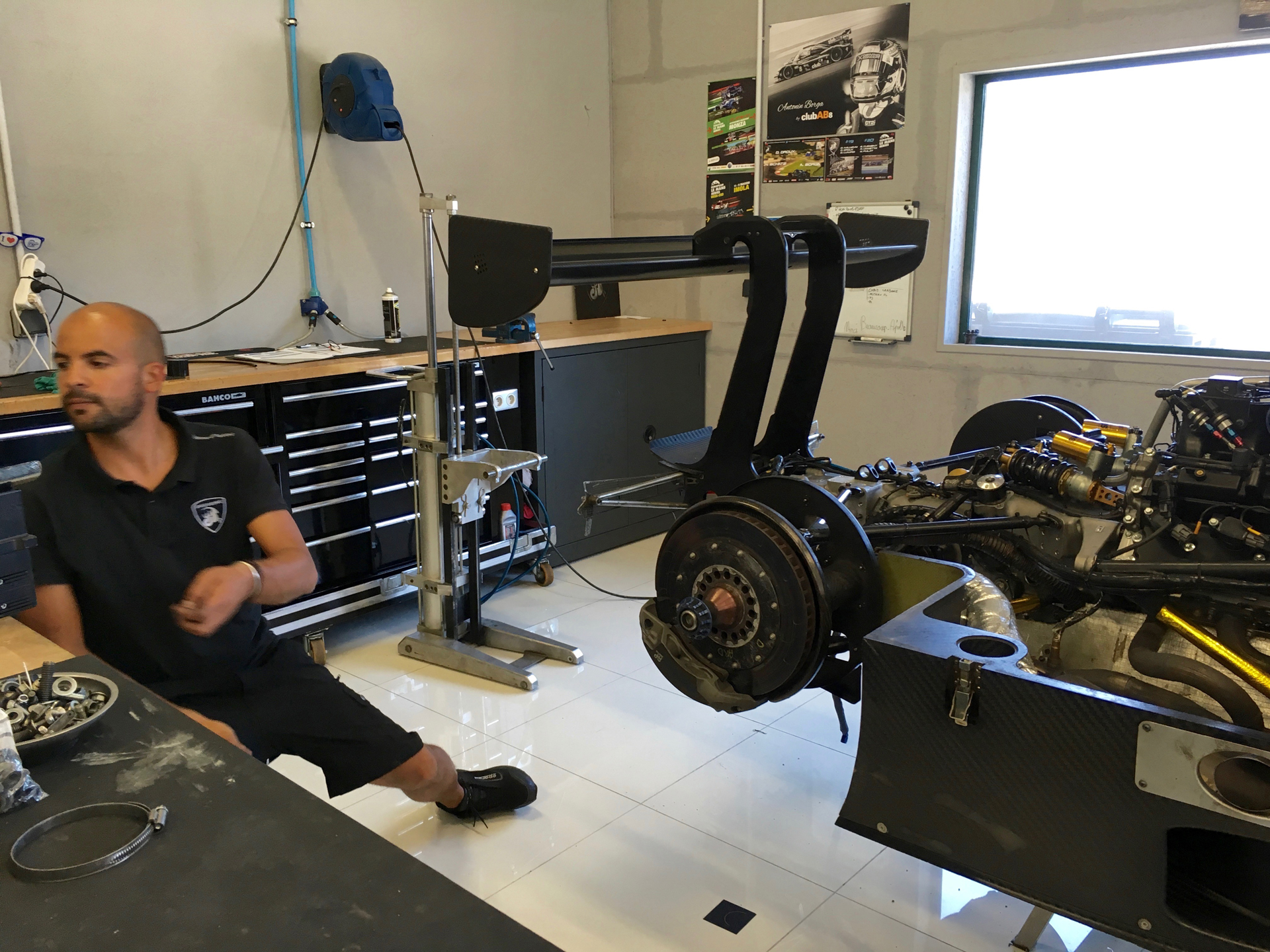 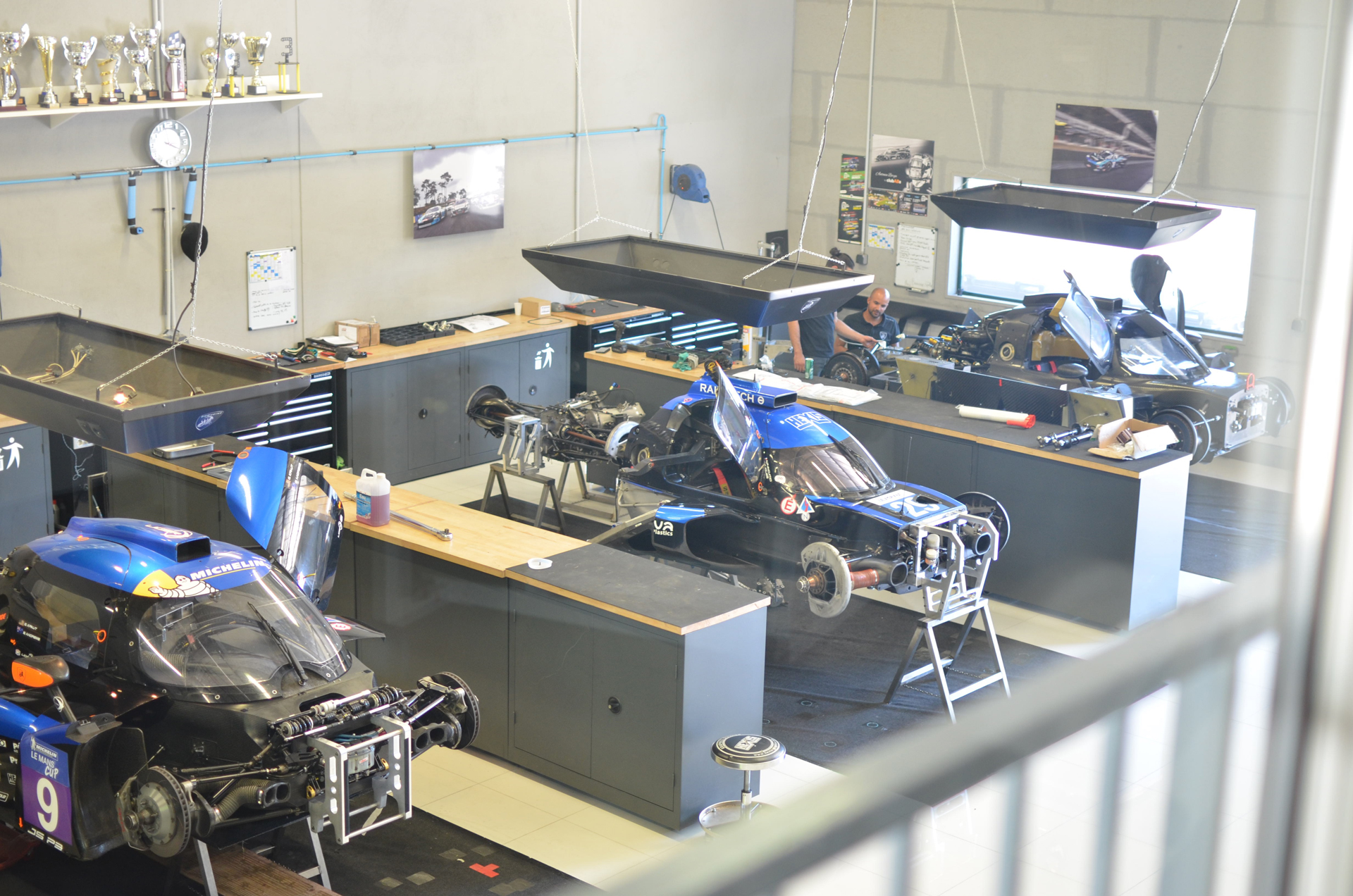 By overlaying the data from the actual car stints from previous races, we were able to adjust and, ultimately, implement tangible improvements to our current set of tires. Of course data was not the only criterion, we also took into account the overall feel of the car. Nicolas’ detailed knowledge of how the tires behave helped us modify and tweak the end result and get that much closer to achieving an optimal balance.

Making these improvements on the fly relied on our physics development team working remotely in real time. Changes were first discussed at Duqueine, we then exchanged feedback and questions back and forth between teams and repeatedly recompiled the cars. Each iteration was tested with the most recent changes in the simrig until everyone was happy with the outcome.

Although we did take some glossy pics of Nicolas driving rFactor 2 in the enviable Duqueine rig, the really exciting part of this adventure was the close collaborative spirit shown by all involved and the collective interest to improve physics – a hands-on, blood-sweat-and-tears endeavor with loads of coffee!

A big thanks to Yann Belhomme, Max Favard, Nicolas Jamin, and Laurents Hörr (who test drove the Norma in the first session), Jonathan Wagg, and the whole team at Duqueine Engineering for their hospitality and continual dedication – it was a blast! Your know-how helps us push ahead and keep it real. 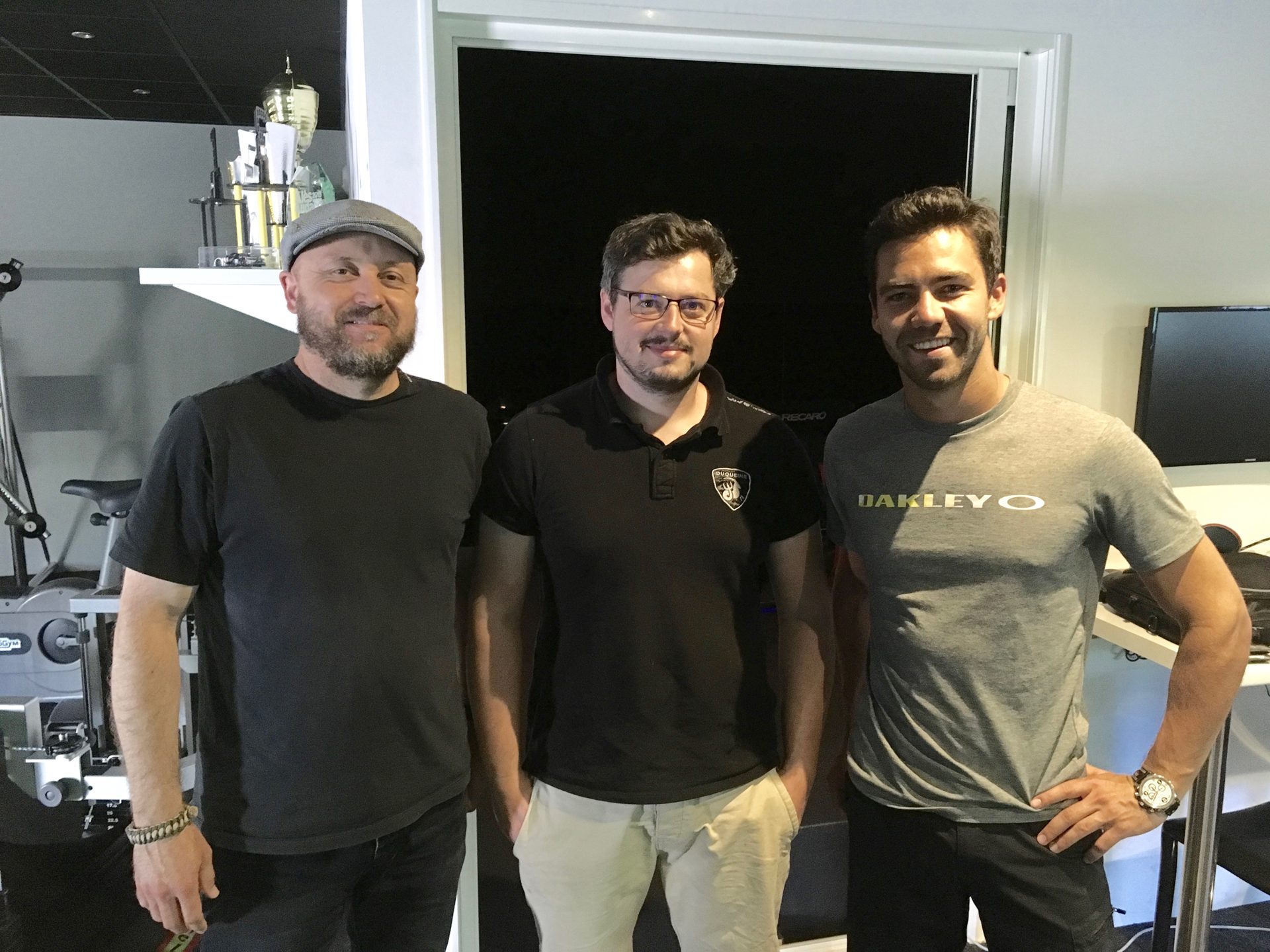