Roughly a week later than normal, we bring you the monthly roadmap for August. Obviously we were at the SimRacing Expo last weekend, where we met a lot of you and showed off a pre-release version of the Porsche GT3 Cup car and the Nürburgring. Both are scheduled for a release in roughly two weeks from now, pending final approvals. But we have a lot of other news to share with you too, so let’s get started! 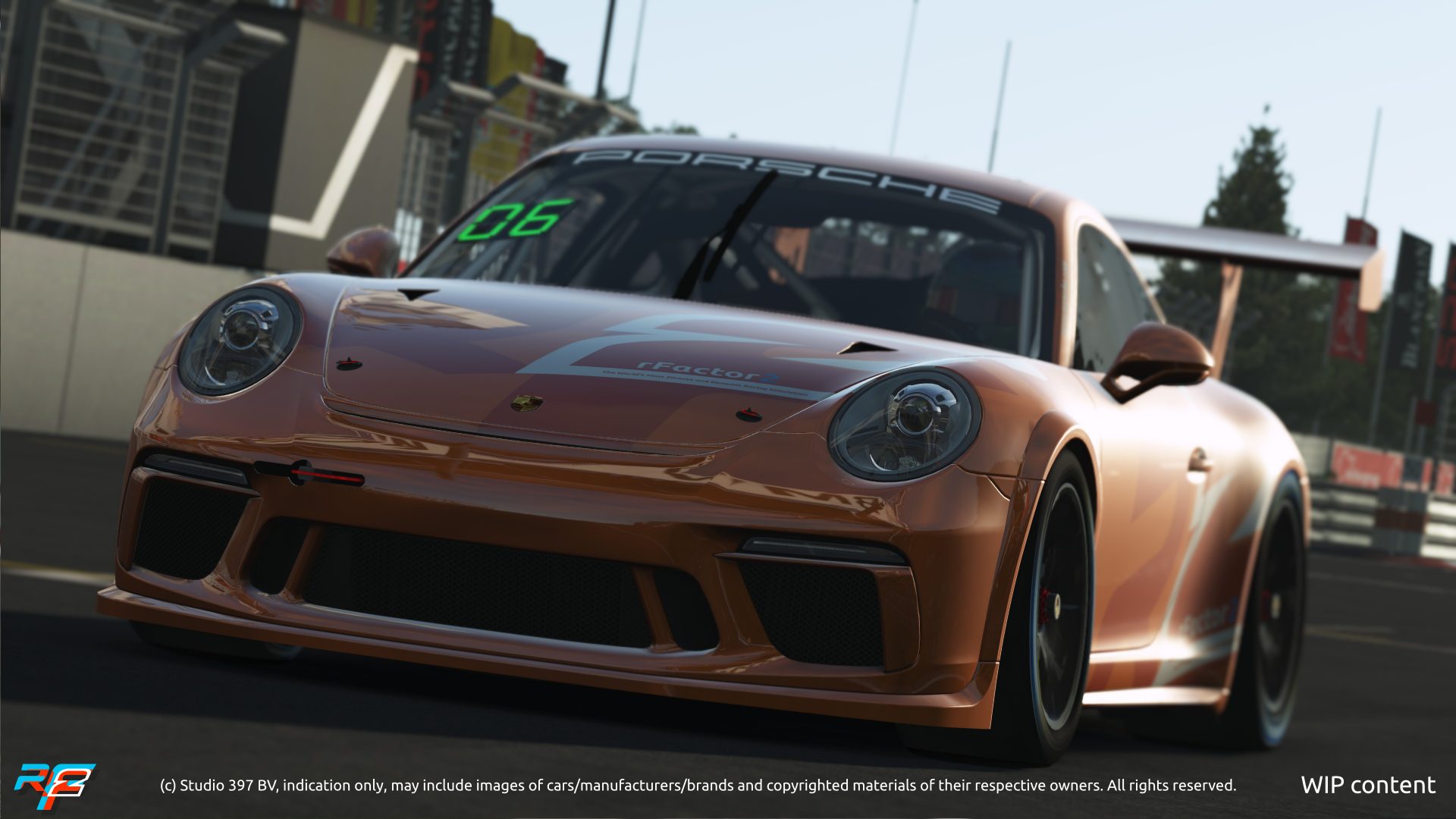 A1 eSport is back with yet another season, after a great first season. Once again the races will start off with a hotlap session, and then in each weekend following a race. A total of 5 races will be run before heading to the showdown and shootout and finally the finale in late October hosted in Vienna. Just like last season. The big difference here is that now every European can participate, not just German speaking residents. Sign up is open now, first round starts at midnight on the 9th of September. Lets go! If you want to get a glimpse of what you’re getting yourself into, on their website you can see what the last season finale looked like.

In roughly a week from now, the International Motor Show (IAA) in Frankfurt starts again, and on the last day of this huge show we will be collaborating with Porsche to run a full day of Formula E races. The qualifiers for this event have already been decided. Congratulations to the four finalists who will compete against the Porsche Formula E factory drivers on stage! If you are planning in visiting the show and are there on the last Sunday, please drop by and say hi, watch the show and have a go yourself.

Qualifiers for rFactor 2 have been run and if you have not seen the final race, check it out below. Erhan Jajovski won the race in great style and we wish him all the best in the finals later this year. Although at this point little is known yet about these finals, we are confident that these will be something very special, so watch this space and the WFG2 site for more information.

After the first technical update last month, we have now released another one that addresses the “leave lags” that people were experiencing in some circumstances. Specifically when someone with a car with non-standard upgrades left the server, this would cause a lag that propagated to all other clients. Our latest update fixes that. Next on our list are some smaller usability issues. We are also still analyzing any freezes that specific clients are having.

The rest of our development team is working hard on finishing the UI we previewed at the SimRacing Expo. If you missed our live broadcast on Twitch on Sunday, check it out below.

We want to thank everybody for providing a lot of comments on this new UI. Just to clarify where we are with this. Our first release is a starting point for many more tweaks and improvements, so if you don’t see your favorite improvement yet, don’t worry, things will evolve!

With the new UI, we are also going to release the first version of our competition system, and although we did not demo any of that in the video we did at the SimRacing Expo, we will start showing it in the weeks to come.

Our graphics developers in the meantime are working on some more fundamental changes to the lighting and the way our shaders work. The move to PBR triggered a few other issues that we are fixing right now and at the same time we are improving how our shaders work, by streamlining the number of different shaders we have and making new ones that can be customized a lot more by artists. Once these things are done, we are continuing our work on cockpit shaders. Prototypes for that were very encouraging.

For those of you who could not attend the SimRacing Expo we have some more shots of the Porsche GT3 Cup car. The car is officially still a “Work In Progress” but as you can see, it’s coming along nicely. Obviously we are already planning new content beyond the things that will be in your hands in a few more weeks, but we’ll save that for another roadmap. 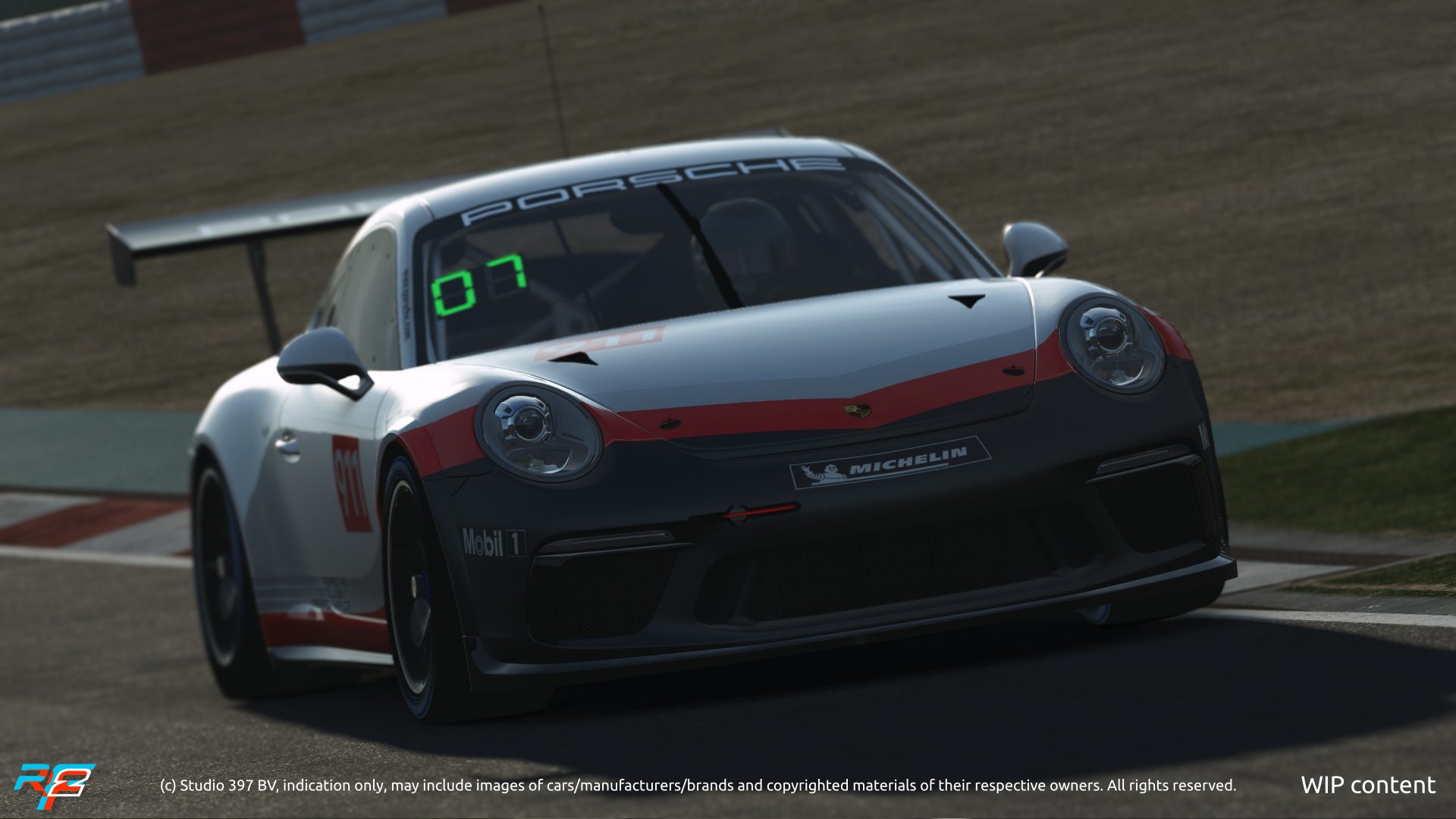 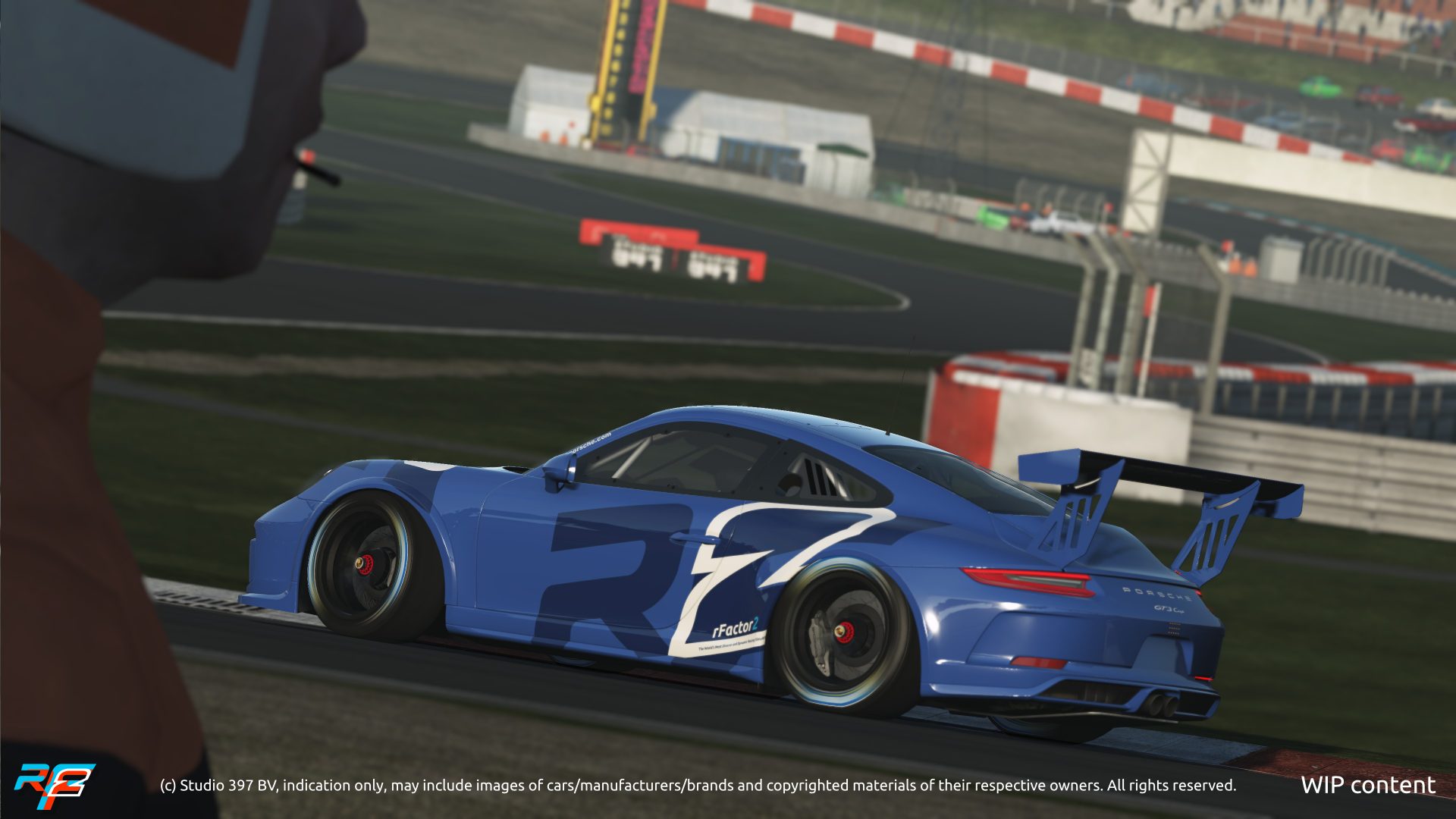 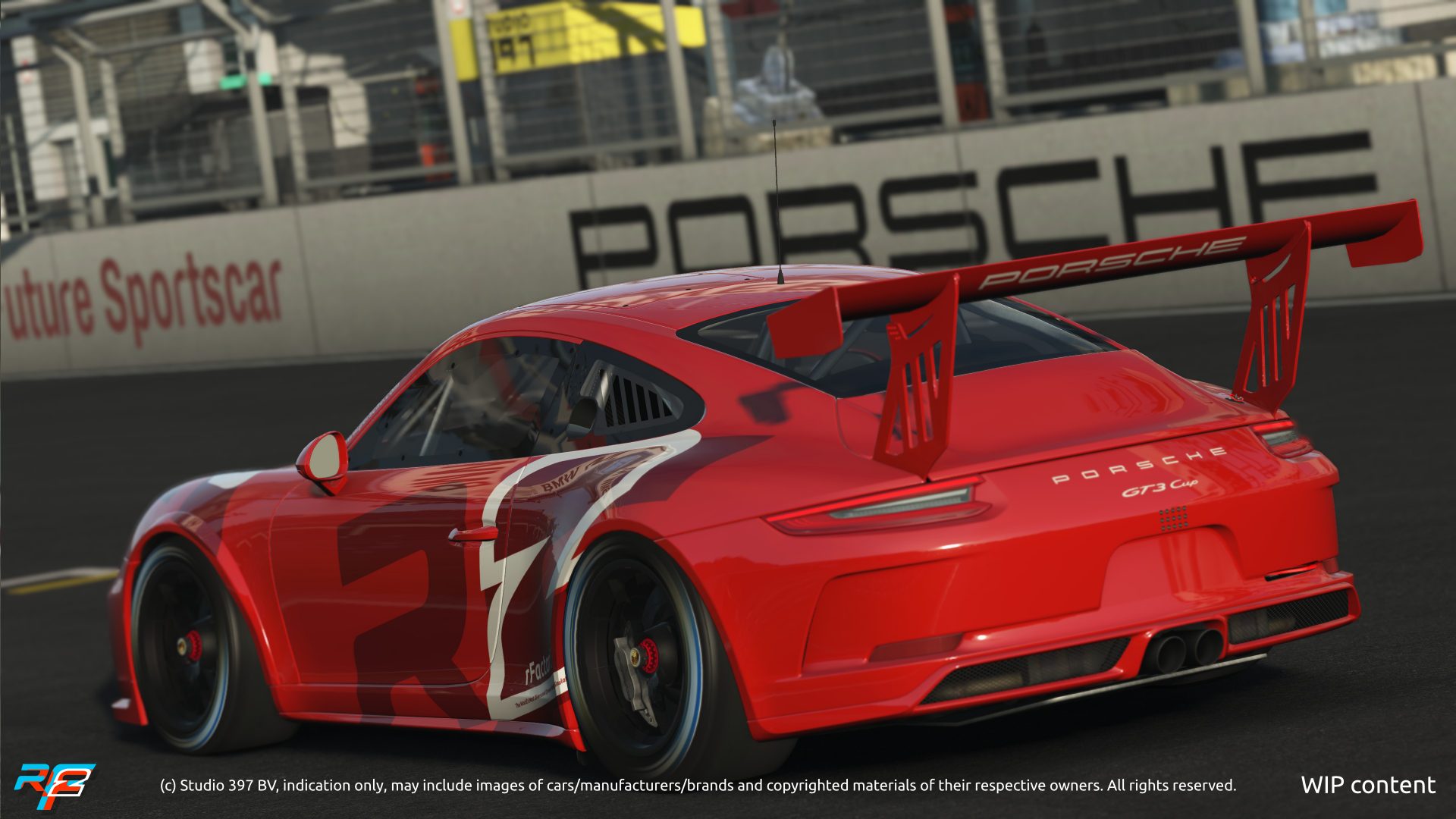 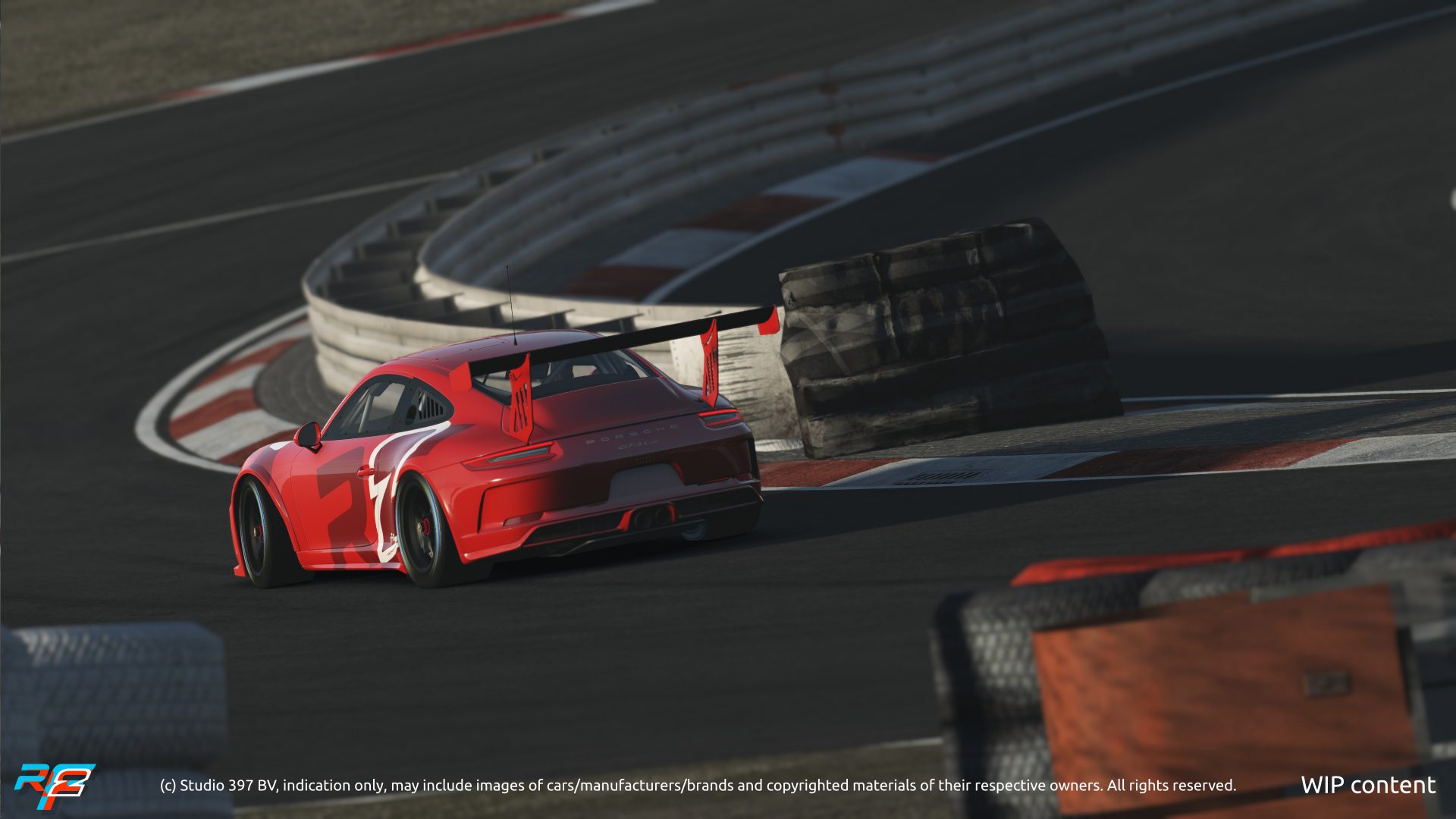 That’s all for this month. We’ll be back in roughly three weeks with next month’s roadmap which will be back on schedule. In the meantime we would like to wish everybody a lot of fun simracing, and stay safe!

Meet us at the SimRacing Expo! Welcome to the Ring!