Welcome to the new Zandvoort!

The weather along the Dutch coastline this weekend was rather typical for May. The sun and clouds both fight for attention. Trying to make their presence felt to the people on the beaches below. But this was not supposed to be a normal weekend. An enormous amount of people would have flooded the area, cheering for their favorite driver, enjoying the fast cars that would have graced the beautiful track of Zandvoort. Then everything changed.

What could not continue in the real world, most certainly can in the virtual world. We therefore decided to release on this day the brand new 2020 layout of Zandvoort, for everybody to enjoy in rFactor 2. For free! 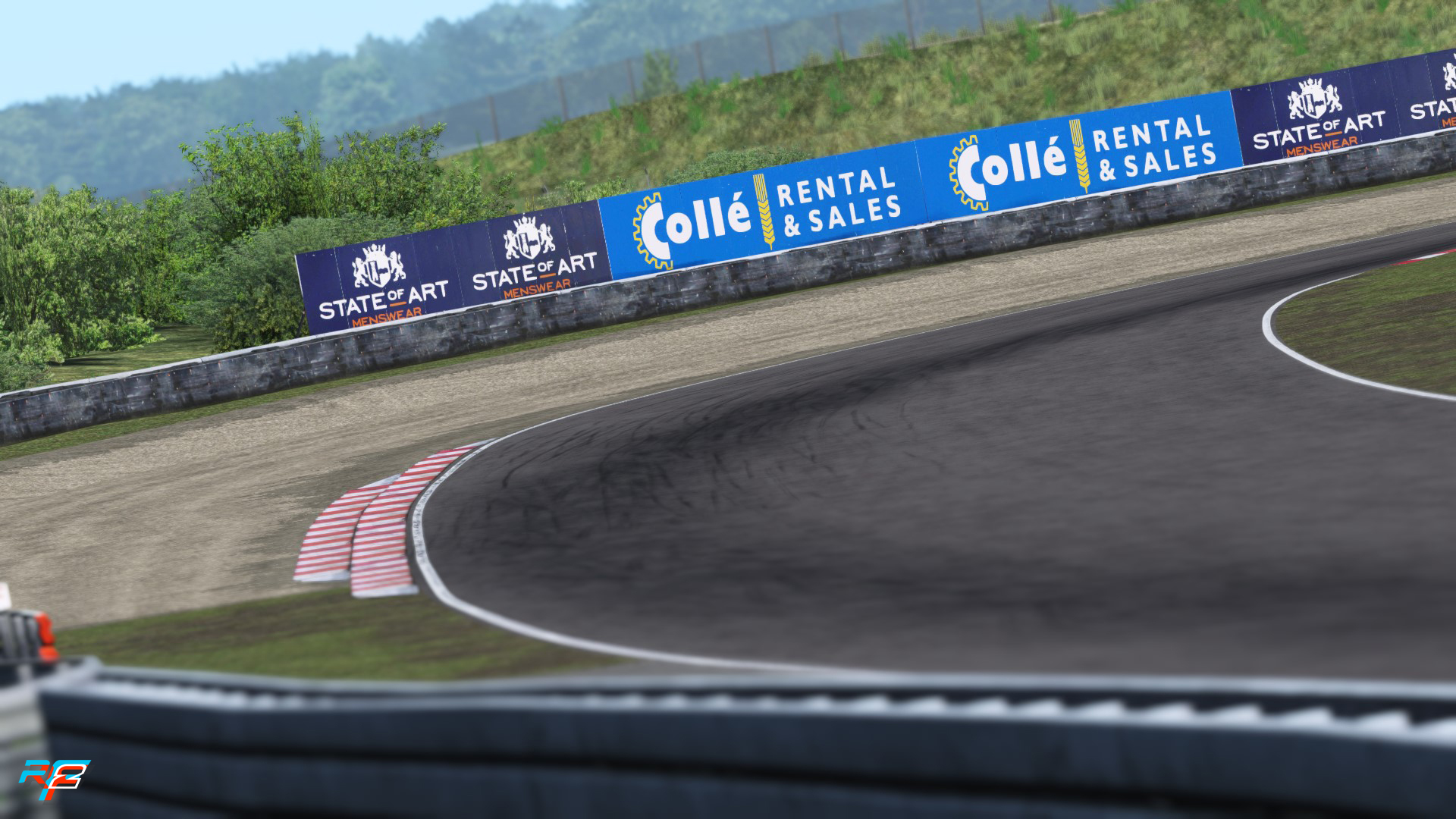 If you look at the real track today, it is certainly ready to race, but all the surrounding buildings, grandstands and other infrastructure are very much still under construction. Our pre-production release today reflects that. We’re trying to remain close to the current state of the track and will keep updating it in the months to come as it evolves towards the upcoming Dutch GP.

Much has been said and written already about the changes to the track, all aimed at improving the racing, but let’s highlight some of the most important ones as we take you around a virtual tour of the track.

The lap starts on the longest straight, that takes you to the Tarzanbocht, a banked 180 degree turn that is traditionally a good overtaking spot. One apparent change here is the location of the pit exit, which used to be on the inside of the corner entry, but has now been moved to the corner exit, with a wall making sure there is no way to merge too early. 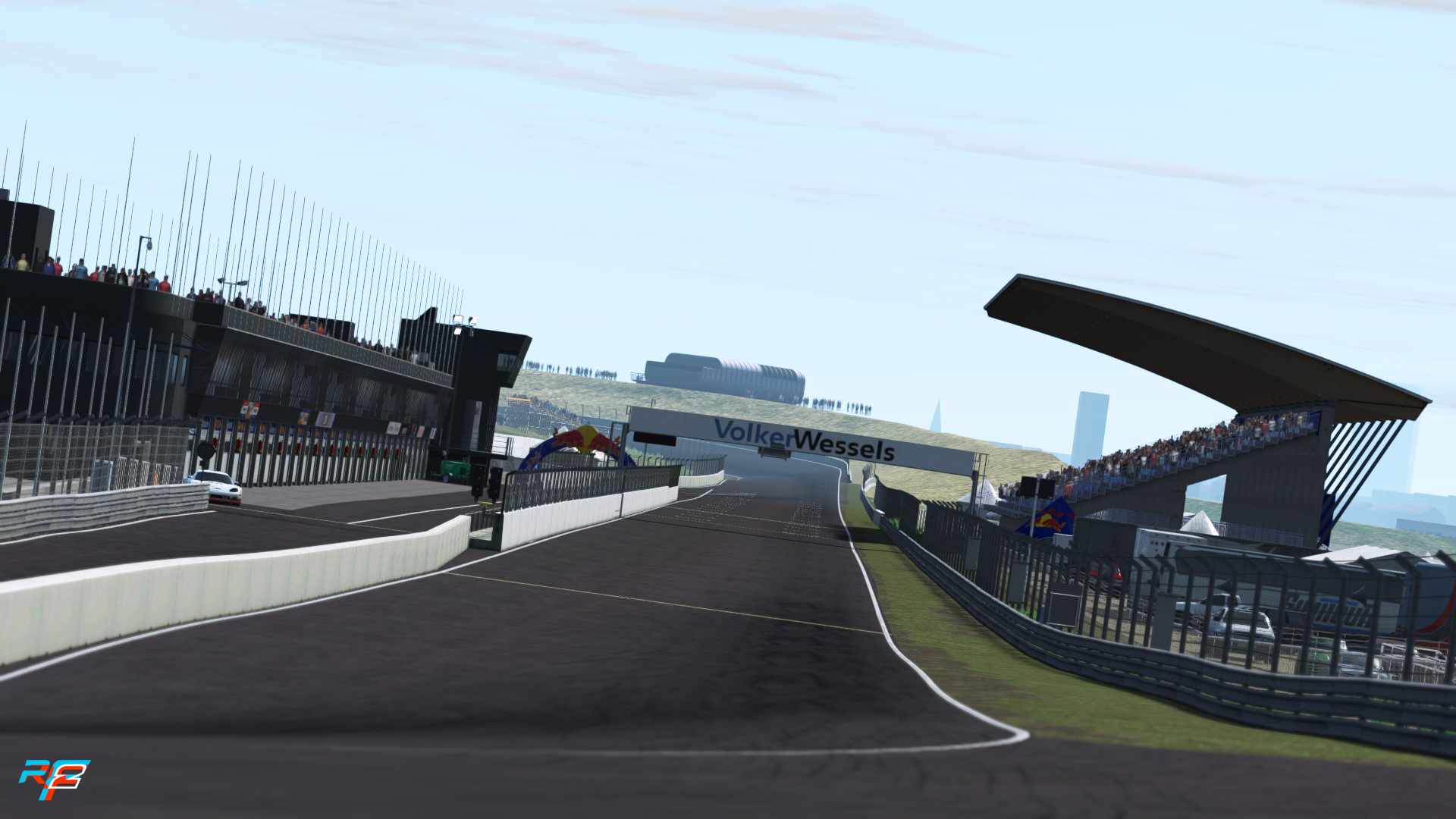 The corner exit takes you onto a straight that bends towards the left and sets you up for the next right-hander called Gerlachbocht. Exiting that is where the next big change is. The Hugenholtzbocht, named after the famous dutch designer of race cars and tracks, John Hugenholtz, is made wider with more banking to offer a faster exit and possibly multiple lines through the corner. 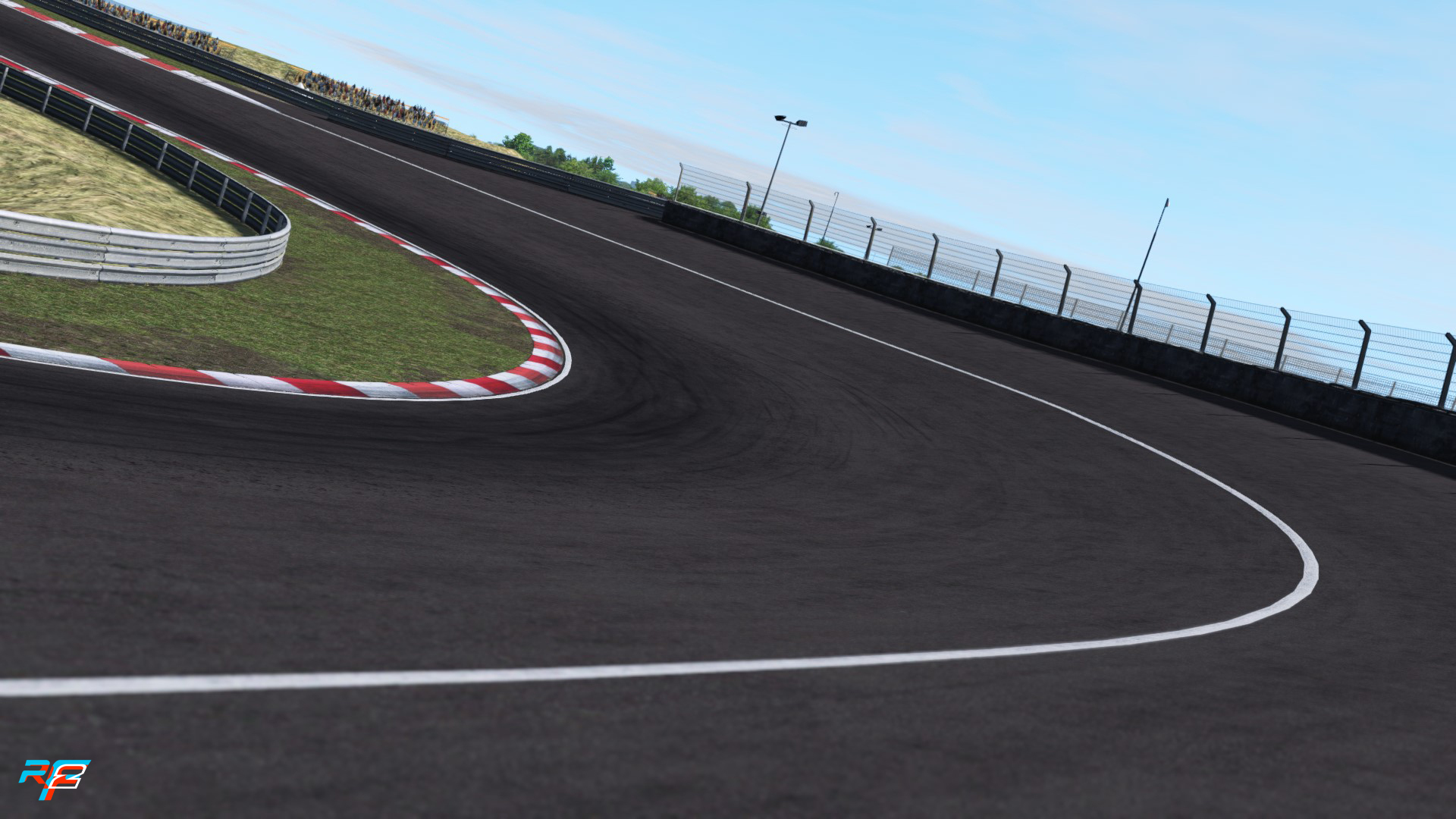 More speed means an even faster passage over Hunzerug and the Rob Slotemakerbocht towards Scheivlak, the only corner on the track that has its own TV channel, a clear indication that that’s a good spot to watch a lot of action. The jury is still out on how high downforce open wheelers can go side by side over this straight and through this blind corner, but if they do it will certainly be a memorable moment. 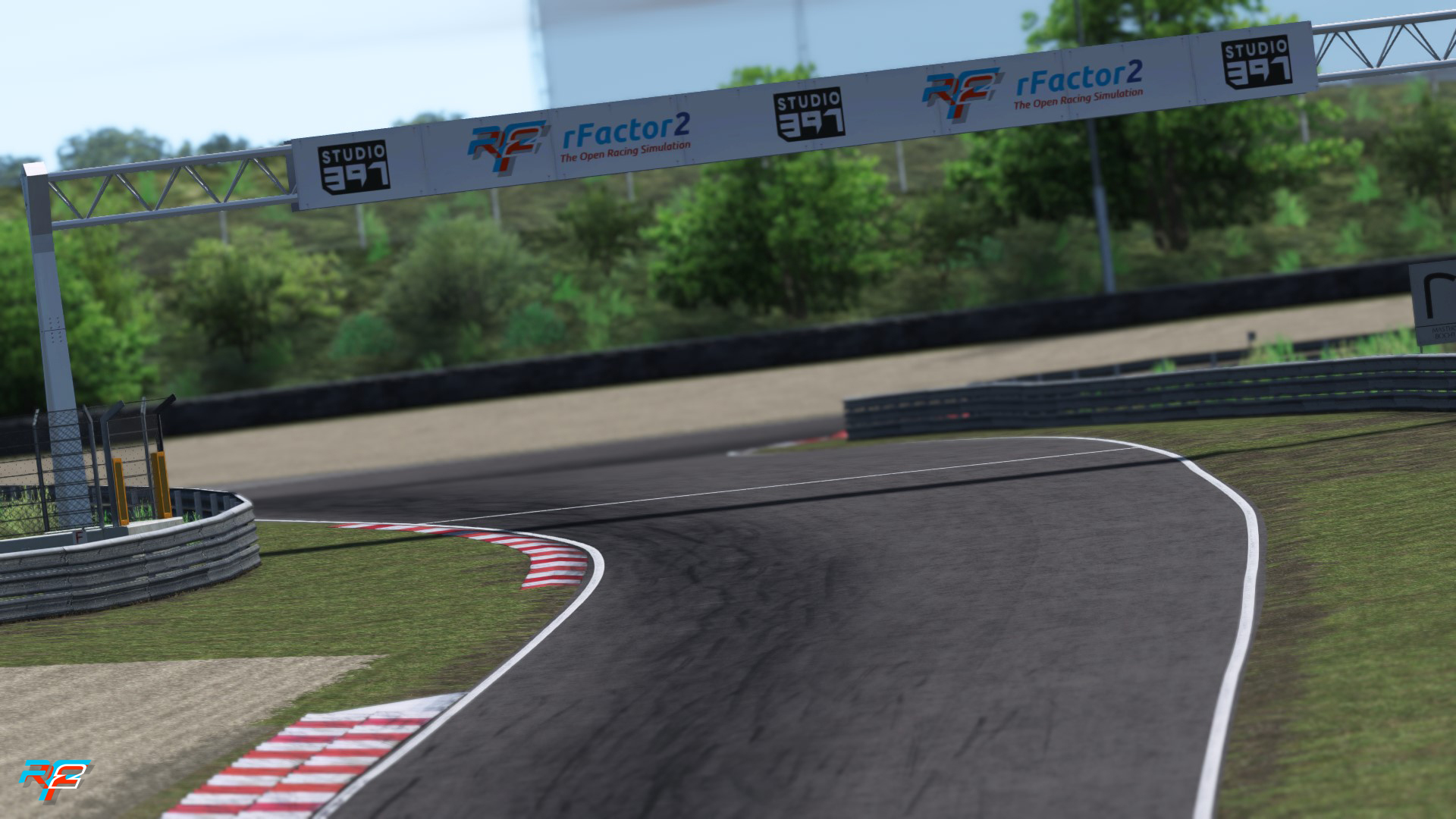 We’re now basically at the back of the circuit where much of the existing layout remains untouched. The next straight brings us to the Mastersbocht, another high speed turn with a curbstone on the apex that you can hit hard, but not too hard. The anonymous Bocht 9 and Bocht 10 follow, two long, slow and wide corners that seem to never end and where you can drive many different lines, making sure at all times your exit onto the next straight is good as that one leads to another popular overtaking spot. The Hans Ernst Bocht is another place to out-brake your opponent and while this corner had been modified fairly recently for DTM, placing less forgiving curbstones on the inside of the second part off this right-left turn, it was changed again, removing those curbs again in favor of more friendly ones.

This exit takes us to the penultimate corner, Kumho, which generally takes some lifting and light braking. Exiting this corner is where DRS will be enabled as the last corner on the track is again one that is completely modified. The Arie Luyendijk Bocht is now wide and very much banked like on an oval and you can therefore take it flat out, launching you onto the final straight at high speed and potentially setting you up for a pass through the first turn again. 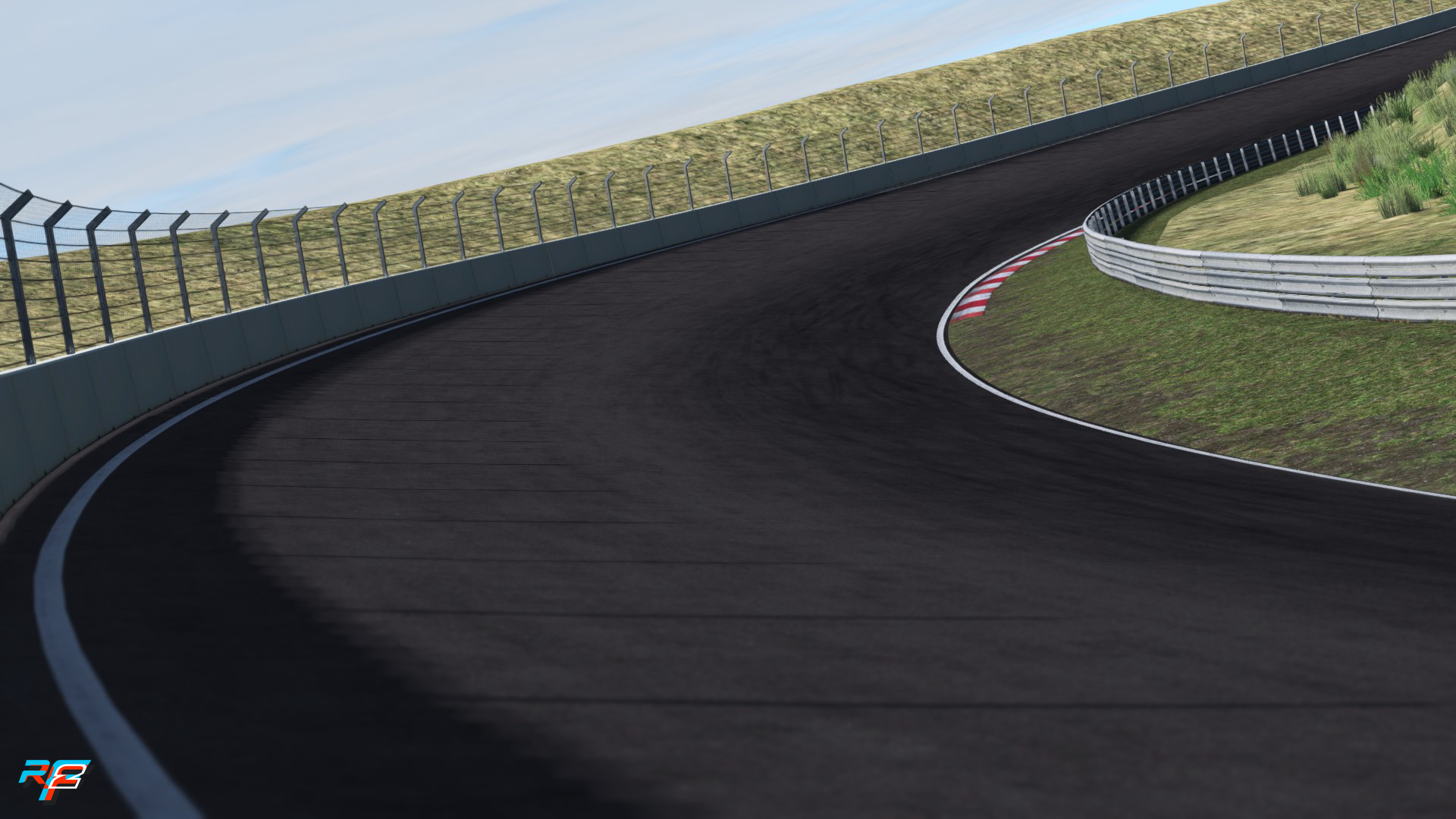 This completes our lap around the track. Needless to say we’re excited to be the very first to bring you this track in a racing simulation. We hope you’ll enjoy driving it. You can subscribe to the track in the workshop here if it has not already automatically installed for you.