Another month has flown by! The February 2018 roadmap is here! And as usual we haven’t just been twiddling our button boxes, we’ve been furiously making improvements and creating new and exciting content and features, some of which we are happy to share with you now. This short month has been a whirlwind of activity, which included competition infrastructure, getting in some new features for the new UI, testing performance optimizations, and building new content, both track and car.

We mentioned last month already that performance was being worked on, it’s still one of our main priorities, we’re continuing to chip away at it and have come even further, it should not be long now until we can release these improvements to you. It’s safe to say you’ll will be very surprised at the end results. In our internal testing we’ve seen a substantial performance boost and higher frame-rates across the board. As with anything though we are cautious, it’s in the hands of our internal test team to make sure it’s all working as expected.

The content team has been keeping very busy, as usual, which is not hard as we have a lot of new content in the planning.

Recently, on social, we teased this car with a short movie with a roaring V8, and the license for it has been announced over a year ago, but now you can finally see the car during internal testing at Silverstone. Scheduled for a late April release, this car will not come alone and will be part of a new upcoming pack. 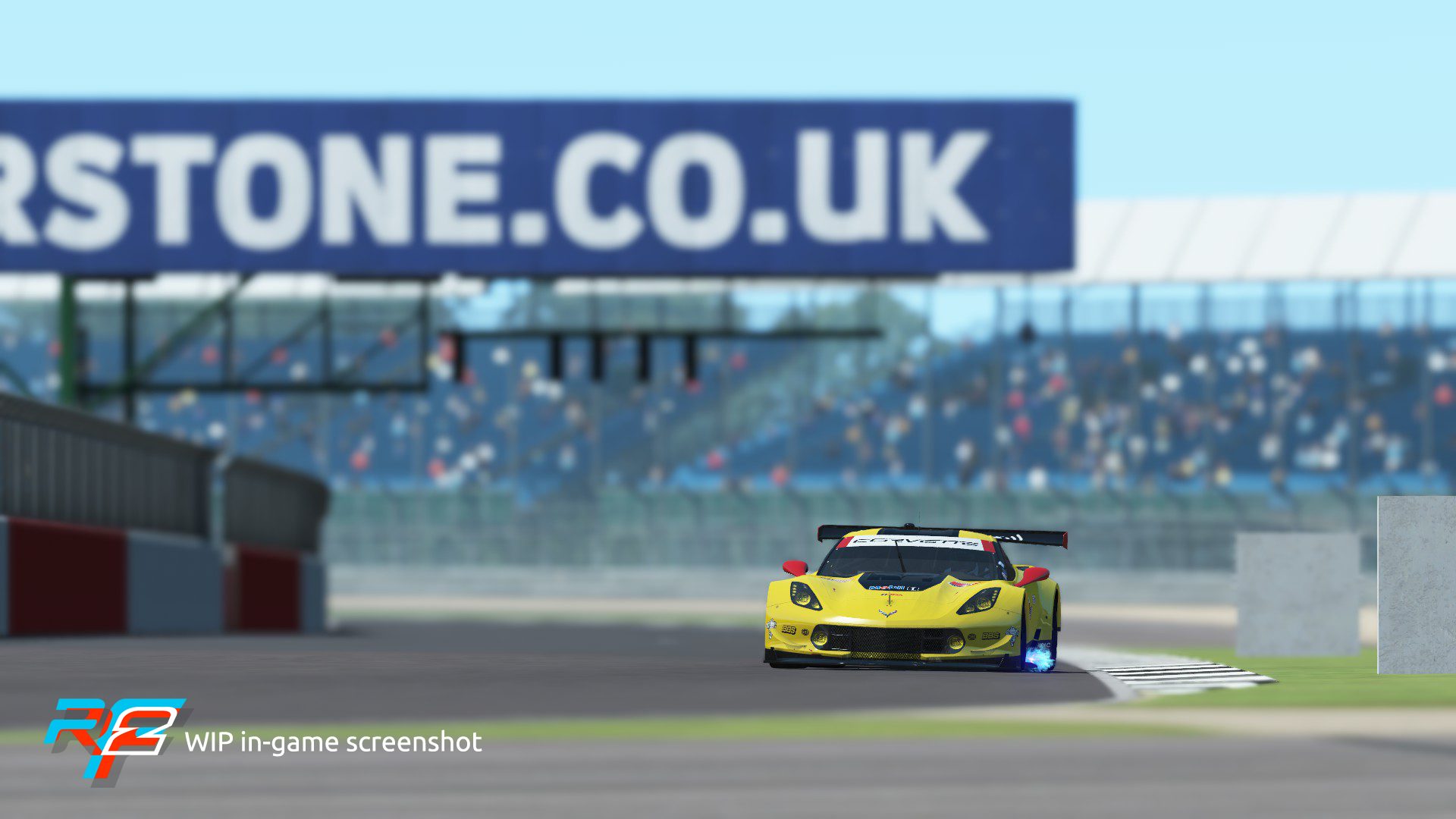 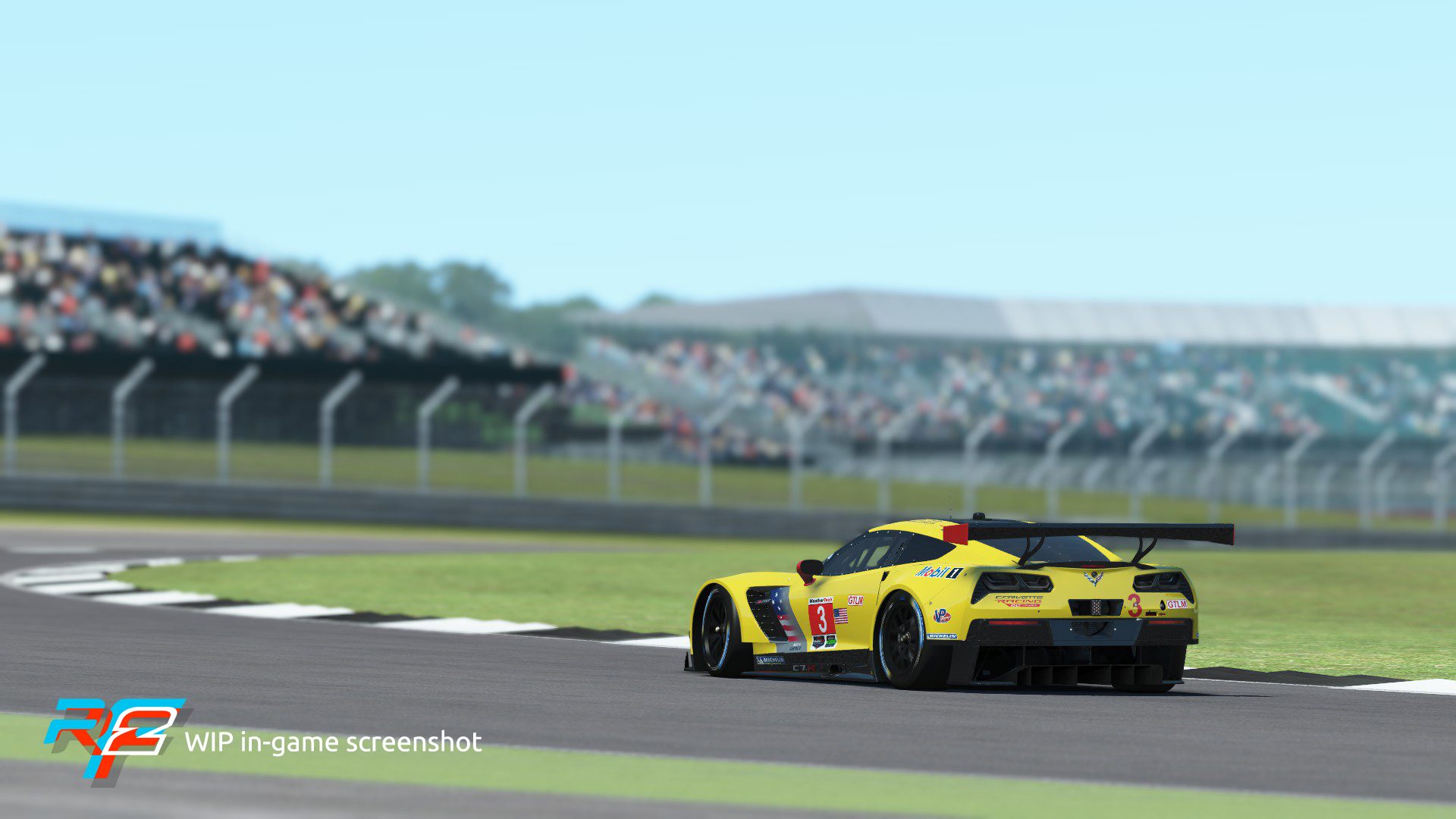 We’re super chuffed to see an LMP3 enter the grid! The Norma M30 is a fairly recent car that has already built up an impressive record in the races it has competed in, such as in the ELMS race last year at Spa, where we took this picture of it. We’re sure this new class will become quite popular in rFactor 2! 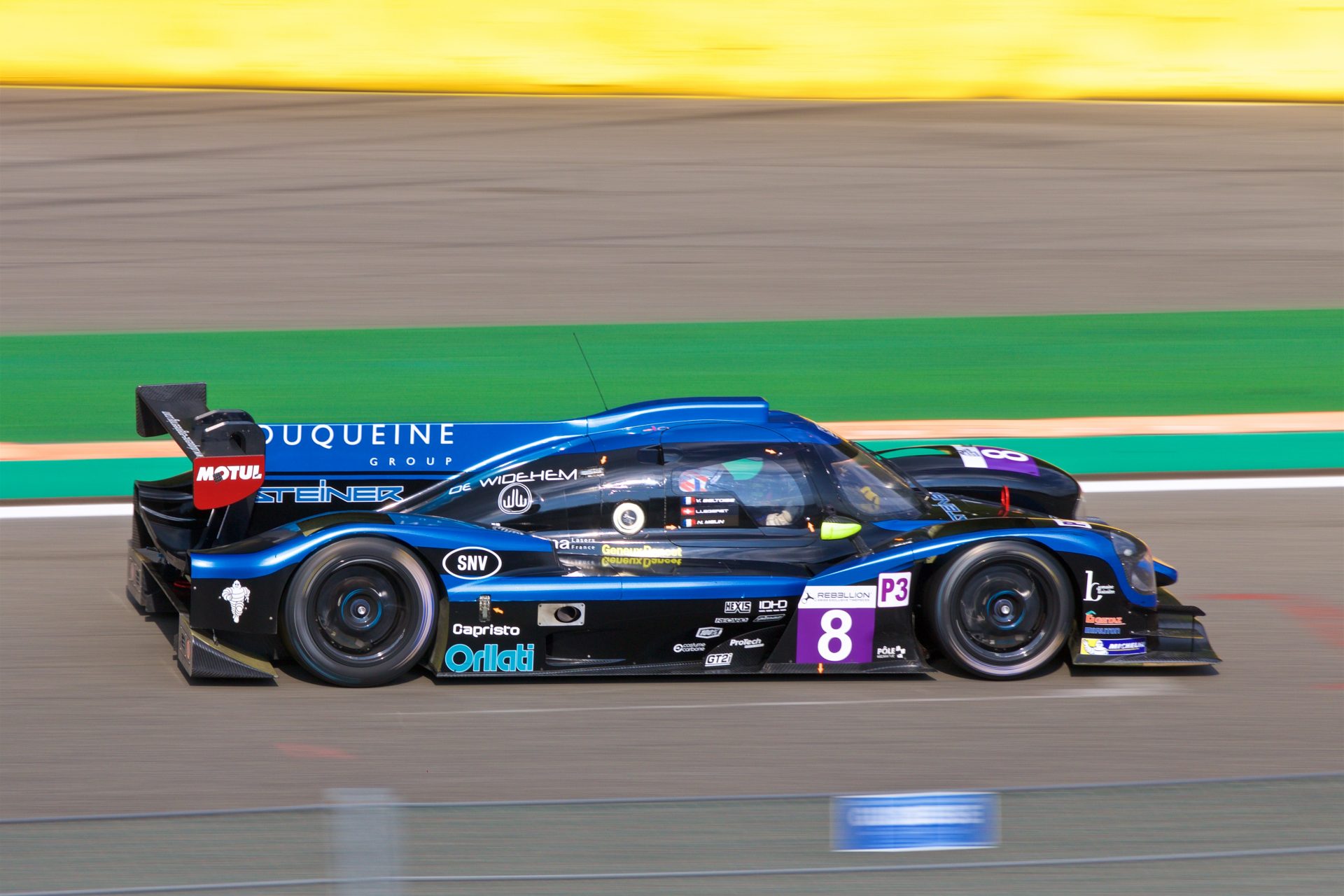 Last but not least, we can now proudly announce that we have licensed America’s oldest road racing track, host to many historic endurance races. Sebring International Raceway is being built based on a laser scan we did last month. This is a first for us and although we have made many tracks based on CAD data and other information that have been quite accurate, this scan will allow us to get every little detail right. It will take us a couple of months to finish this one, but we are working on it feverishly!

The official Studio 397 HUD is still being polished and refined, we know you are impatient to get your hands on it, while working on it we’ve come across a few bugs that lay dormant deep in the code that we needed to address, this is a win-win for the HUD in general and we decided it needs attention. It will certainly be part of the next build.

Our UI is making leaps and bounds, we’ve got most of the basic features in and some new slick features. For starters we’ve looked at making triple screen setup much more intuitive, with a full set of controls via the UI settings screen. This will be an additional functionality to go along with the on track pop up widget.

Next we overhauled the live replay screen, controls are now not only selectable via controls as before but also via mouse clicks. 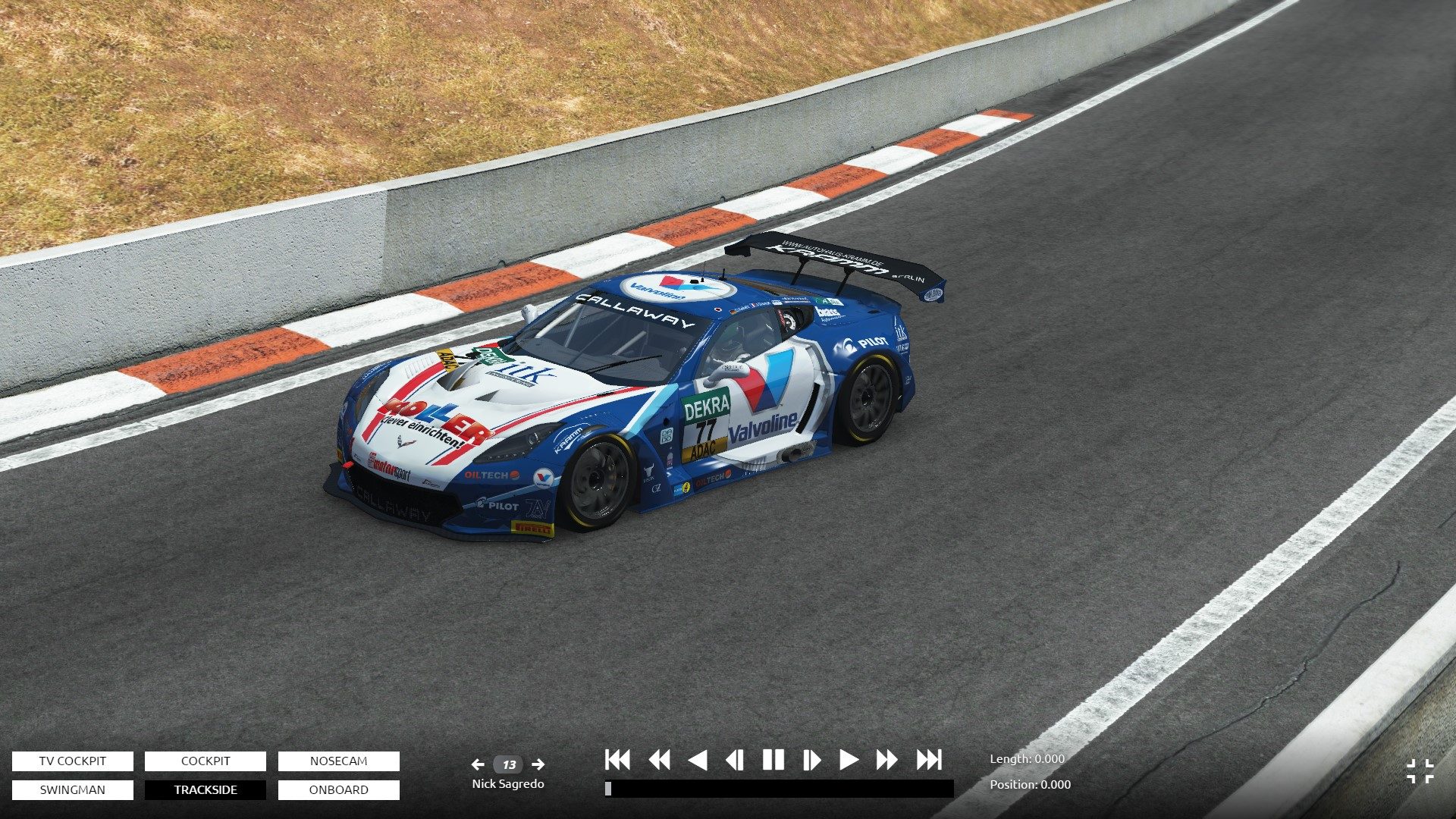 Also we’ve added in a modern drop down standing ticker, for easy access to driver times from the live replay. This incidentally also shows our capabilities to overlay HTML with live camera feeds, a technique we will leverage in other places such as broadcast overlays. 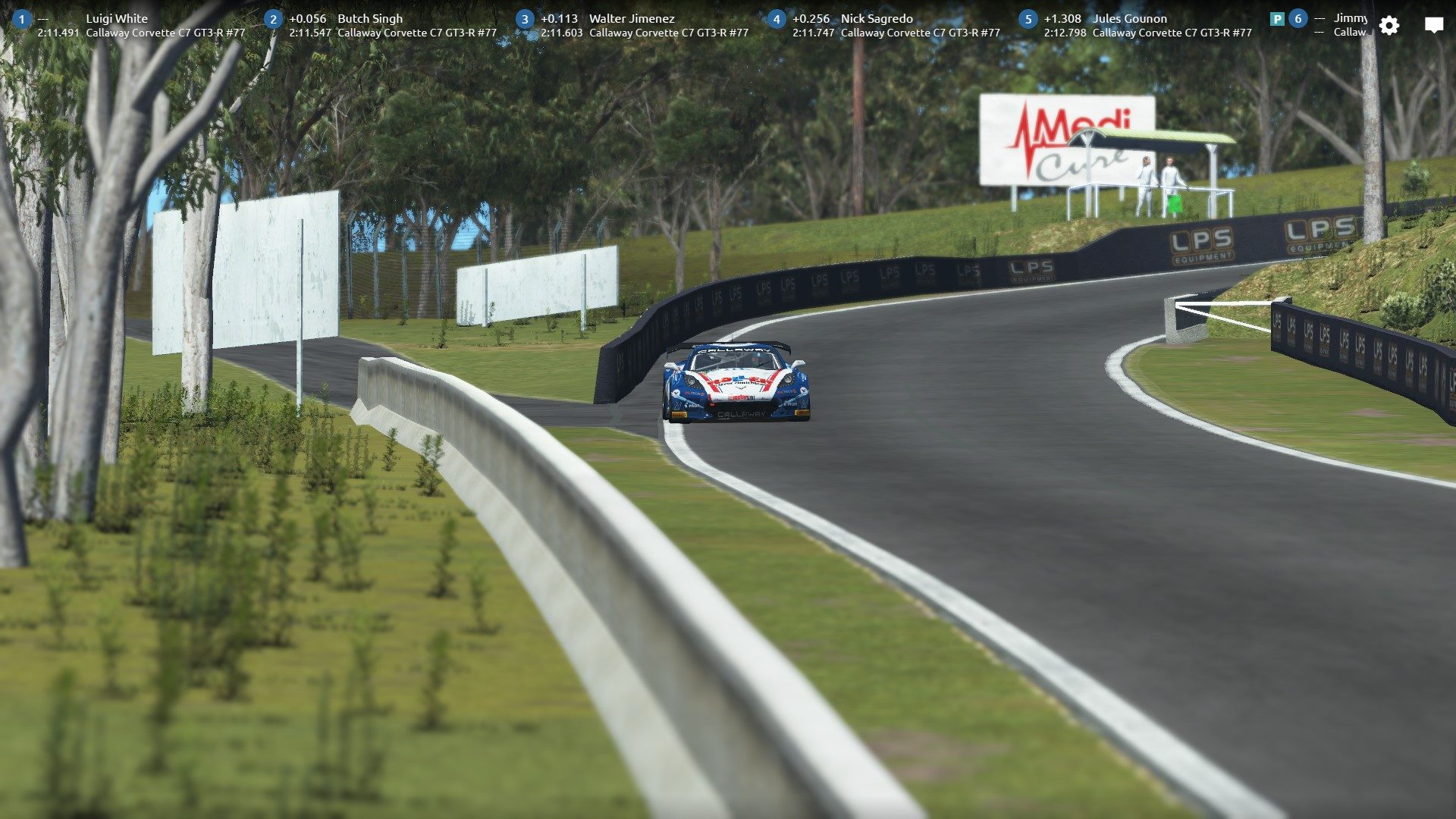 In the realm of competition we have our full time team actively hacking away at a very inclusive and encompassing competition structure, which is a big task not done overnight! We have big plans and that’s why we want to do this from the ground up the right way. Our next big task has been the implementation of full race series, including sign ups, practice, qualification and multiple race heats over a set period of time. These new features are ongoing and need a lot of testing so we are looking at a little while more to get this up and running, but it’s not that far off, we can see the horizon!

We already announced that a consumer release of KartSim is coming soon. Currently this version is undergoing final testing and polishing to include our visual damage model and the latest rain effects. Just to show you how good it looks, a few more shots to keep you entertained until its release. 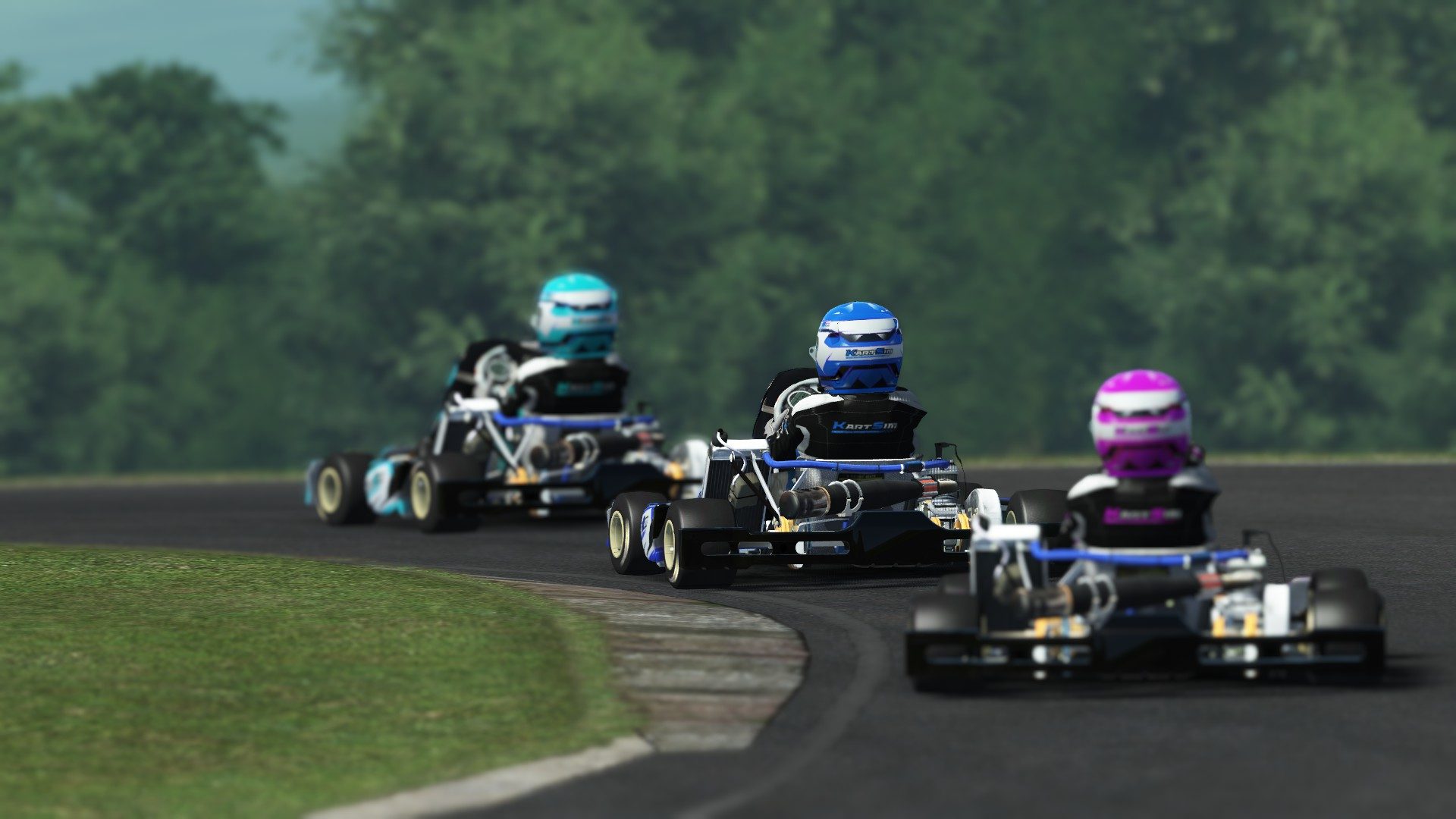 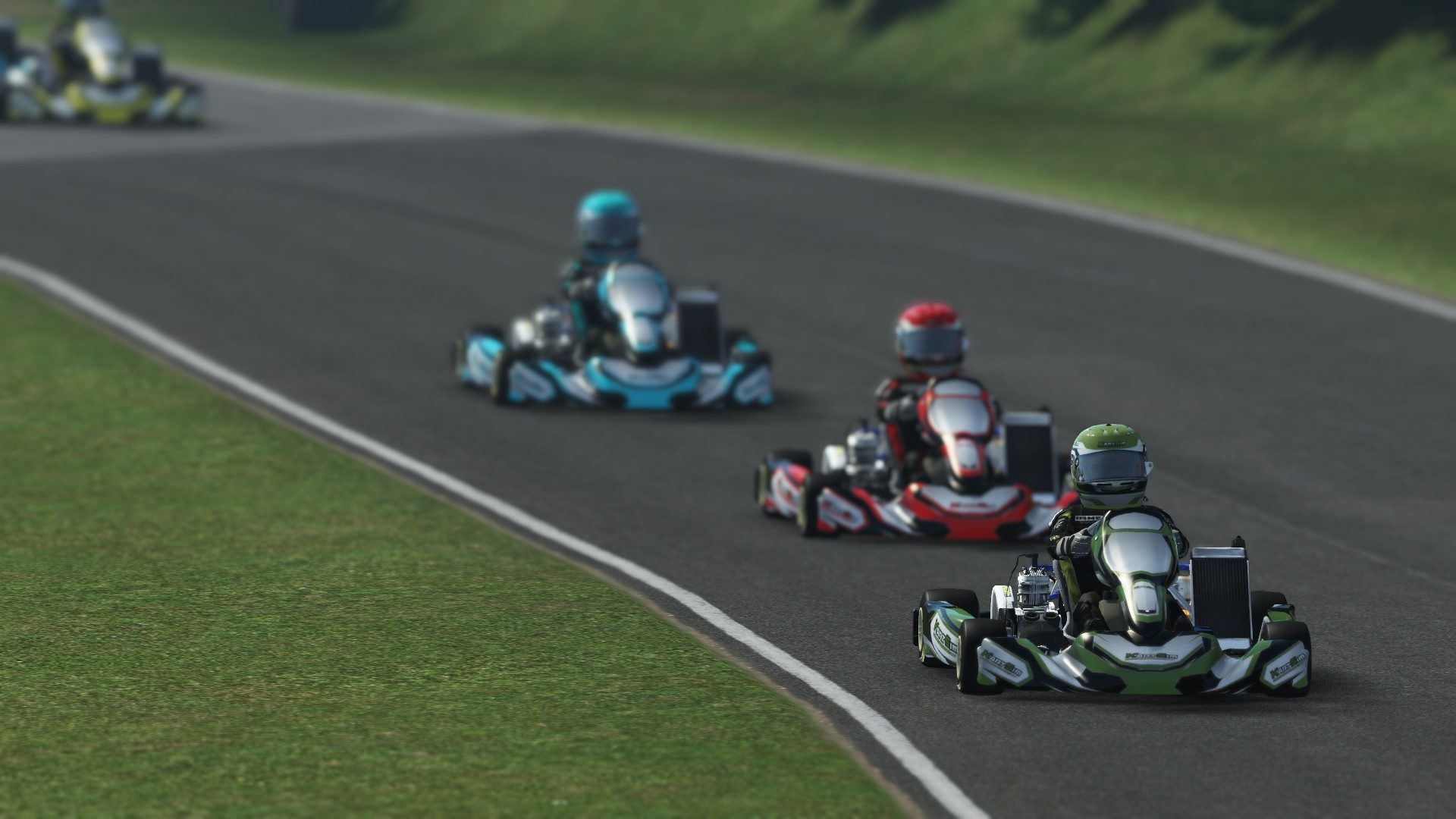 In our ongoing effort to encourage more of that community vibe, we will be adding a new forum area to showcase your original paint artwork, screenshots, and videos.  Additionally, we will also be adding all templates for existing cars to the base install, that way everyone has access to the latest updated templates. Our plan is to streamline the templates and their extra parts so there’s less guesswork and more creative time!

That’s all for the shortest month of the year! See you on track!