When it comes to the ultimate customer race car, the Porsche 911 GT3 Cup is probably high on the list, if not the leader, as it features in so many races. Used not only in the Porsche Cups around the entire globe, but also in several other racing series, including the all-famous 24 Hours at the Nürburgring, this Weissach masterpiece is one-of-a-kind. A 3.8-litre with six cylinders, using of course the boxer configuration, pushes this racer in a blink of an eye through every tough corner. Bringing it to rFactor 2 once again shows our determination to provide our community with the most popular race classes. We are thankful for the great relationship we were able to establish with a first-class manufacturer such as Porsche. Enjoy door-to-door racing, either in a Cup setting or as part of a multi-class grid, and show the world that you can dominate this well-known machine.

Porsche builds the new 911 GT3 Cup on the same production line at the Porsche factory in Stuttgart-Zuffenhausen as the road-going 911.

In its latest iteration, the Porsche 911 GT3 Cup is equipped with a 4.0-litre, six-cylinder boxer engine. The vehicle generates 485 hp (357 kW) at 7,500 revs per minute, 35 horsepower more than the previous generation. Power is delivered to the rear axle via a race clutch and a Porsche-Motorsport-designed six-speed dog-type gearbox with a mechanical limited-slip differential. For the first time in a Porsche-made cup race car, gear shifting is performed with paddle shifters on the steering wheel.

The newly developed racing brake system improves the endurance qualities of the 911 GT3 Cup 991: With 38cm diameter brake discs on all four corners, operated by aluminium six-piston monobloc racing calipers in the front and four-piston units at the rear.

In the race department at Weissach, the suspension underwent modifications to ensure higher precision and more stability at high speeds. Compared to its predecessor, the type 997, the wheelbase grew by 100 mm, improving handling at the limit. Porsche Motorsport redesigned the single-piece 18 inch race rims with central locking. The width of the Michelin racing slicks at the front axle grew by 2 cm to now measure 27 cm, and at the rear axle by 1 cm to 31 cm. 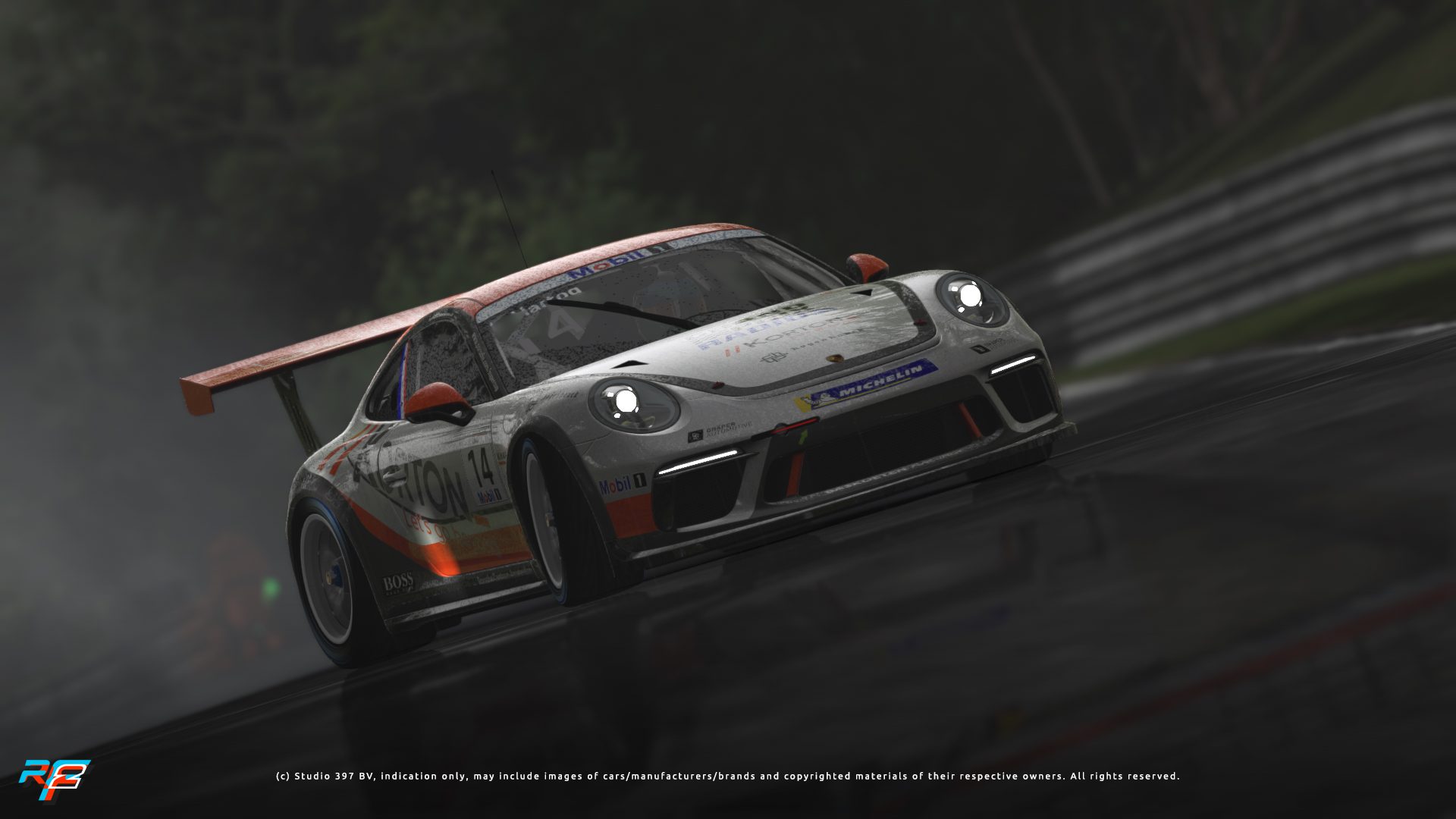 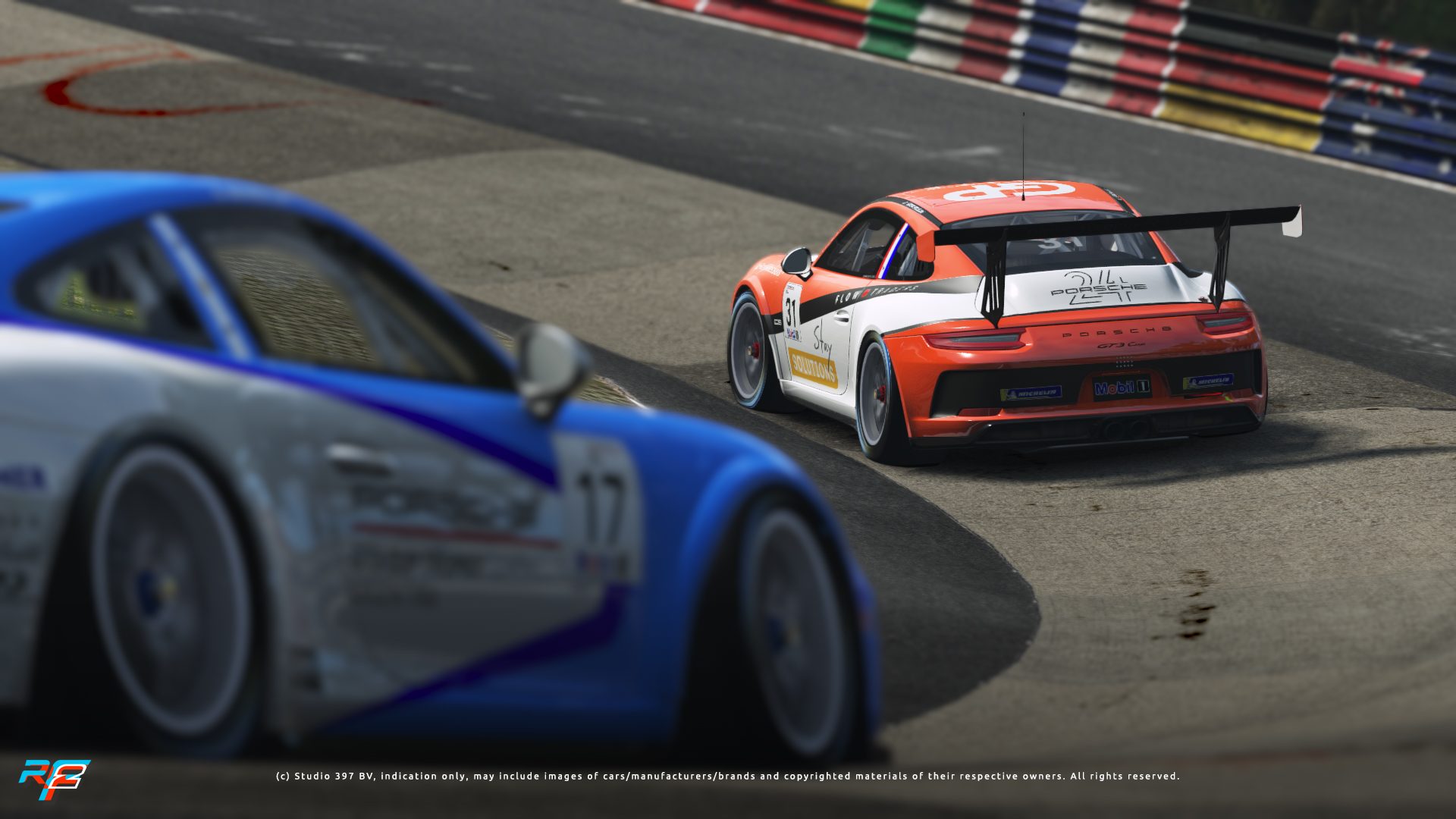 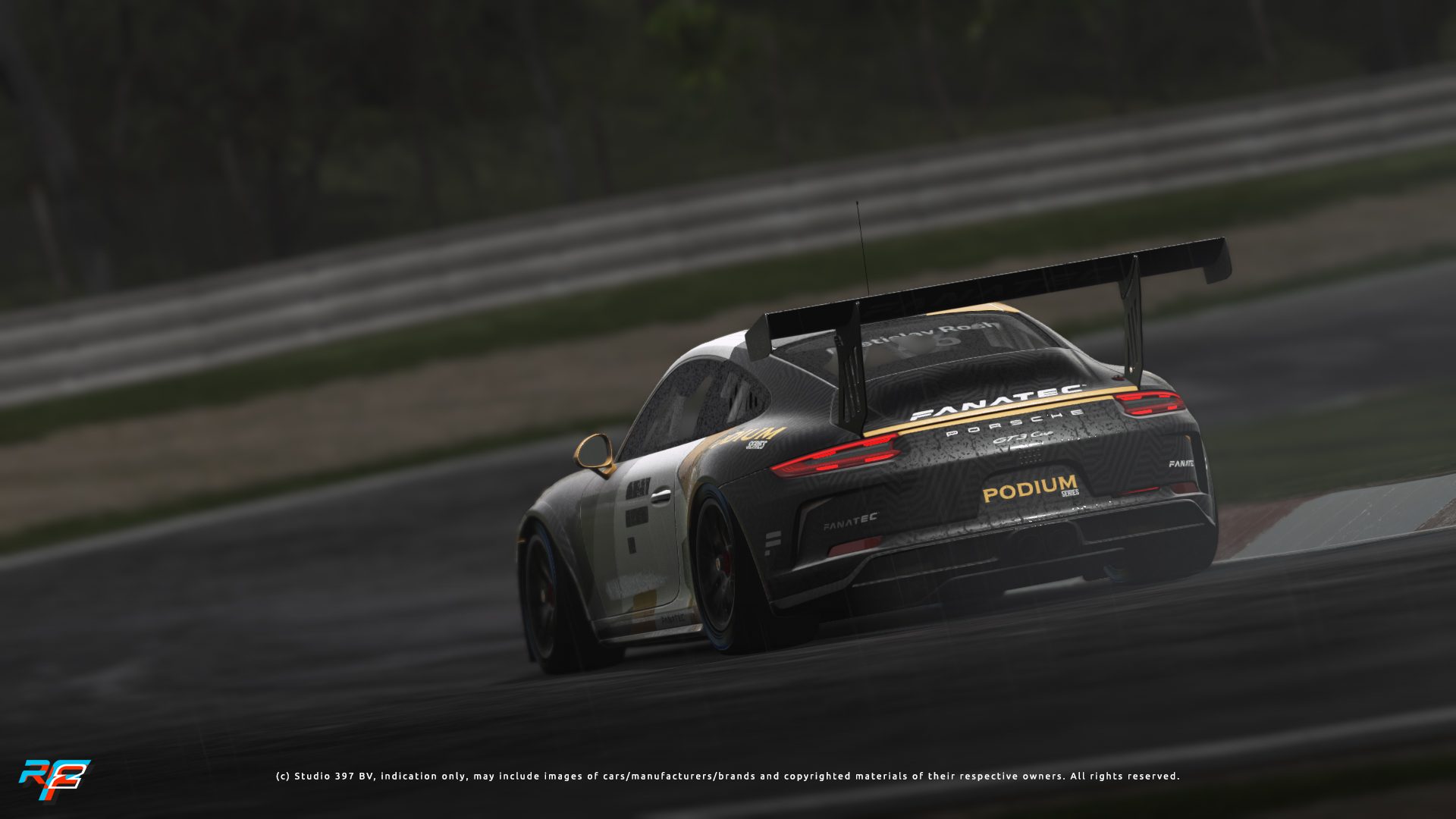 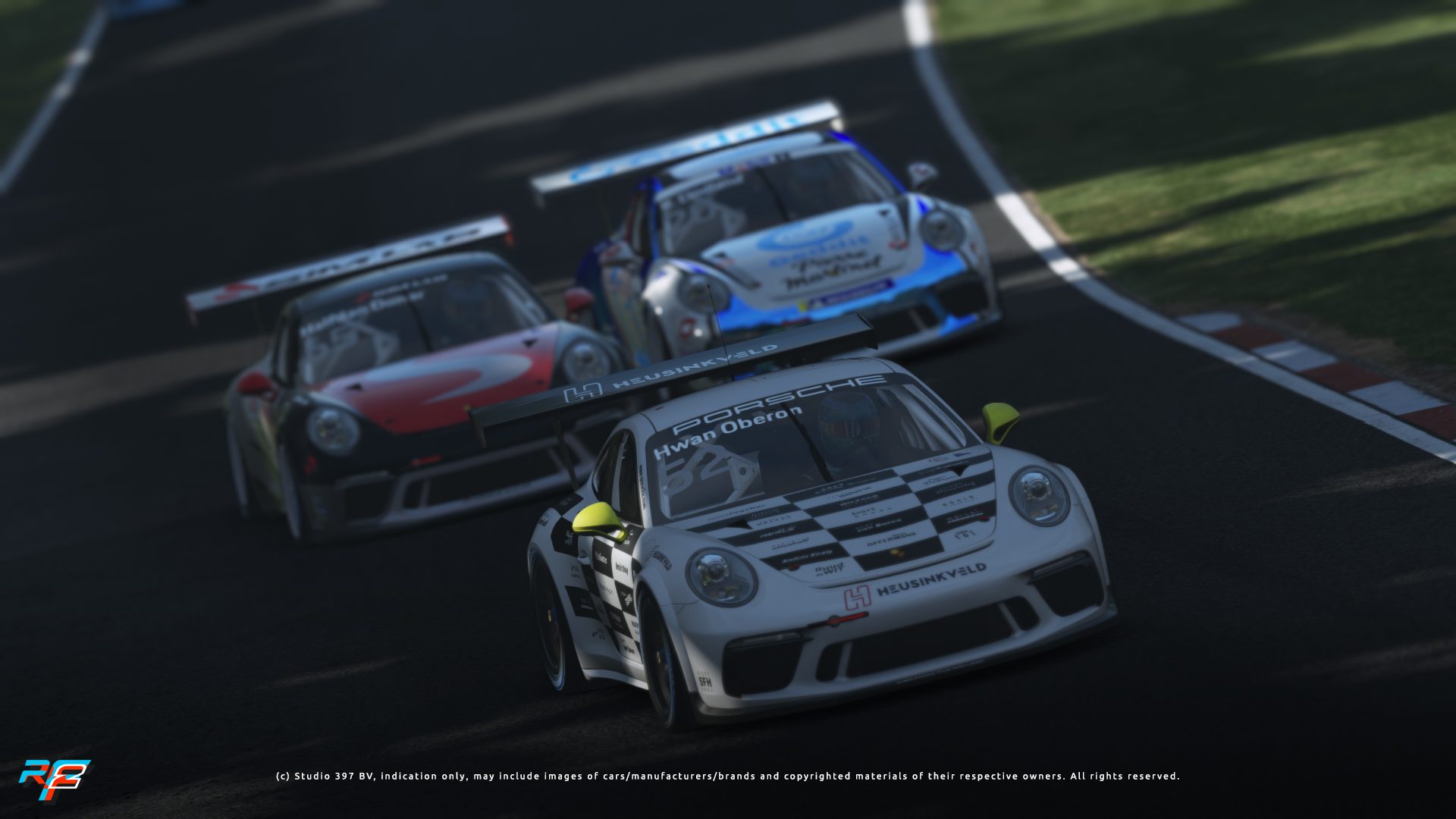 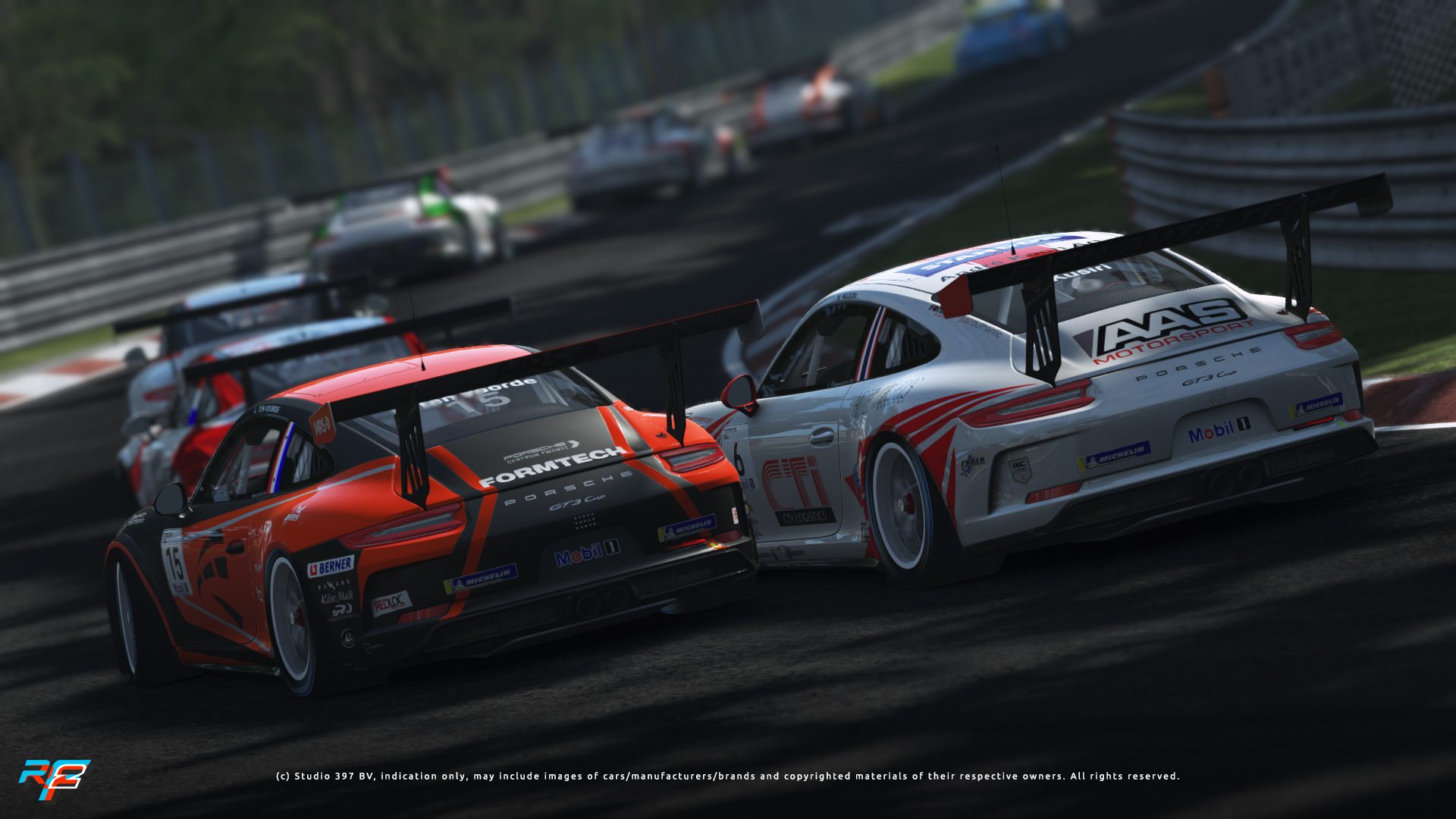 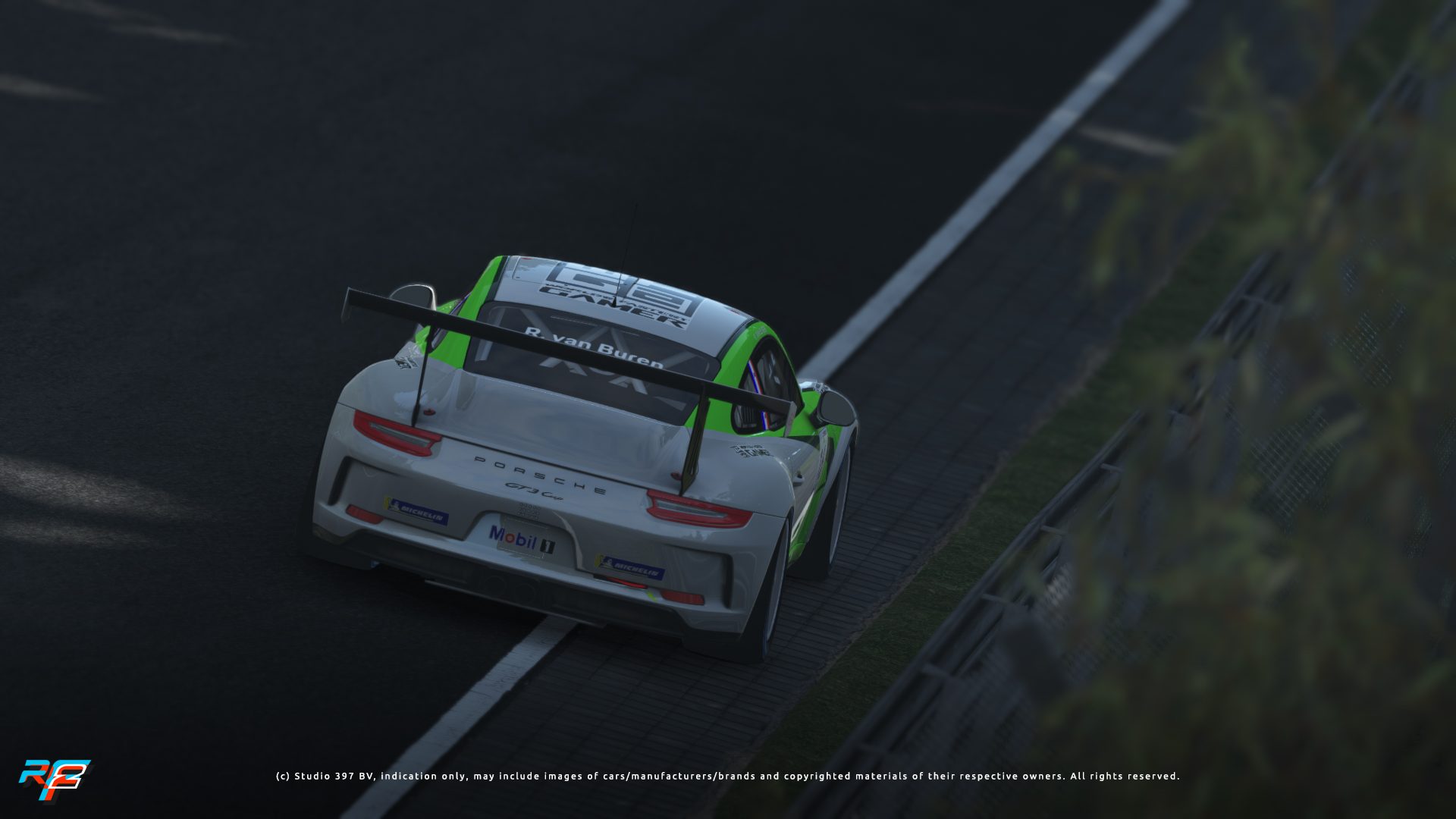 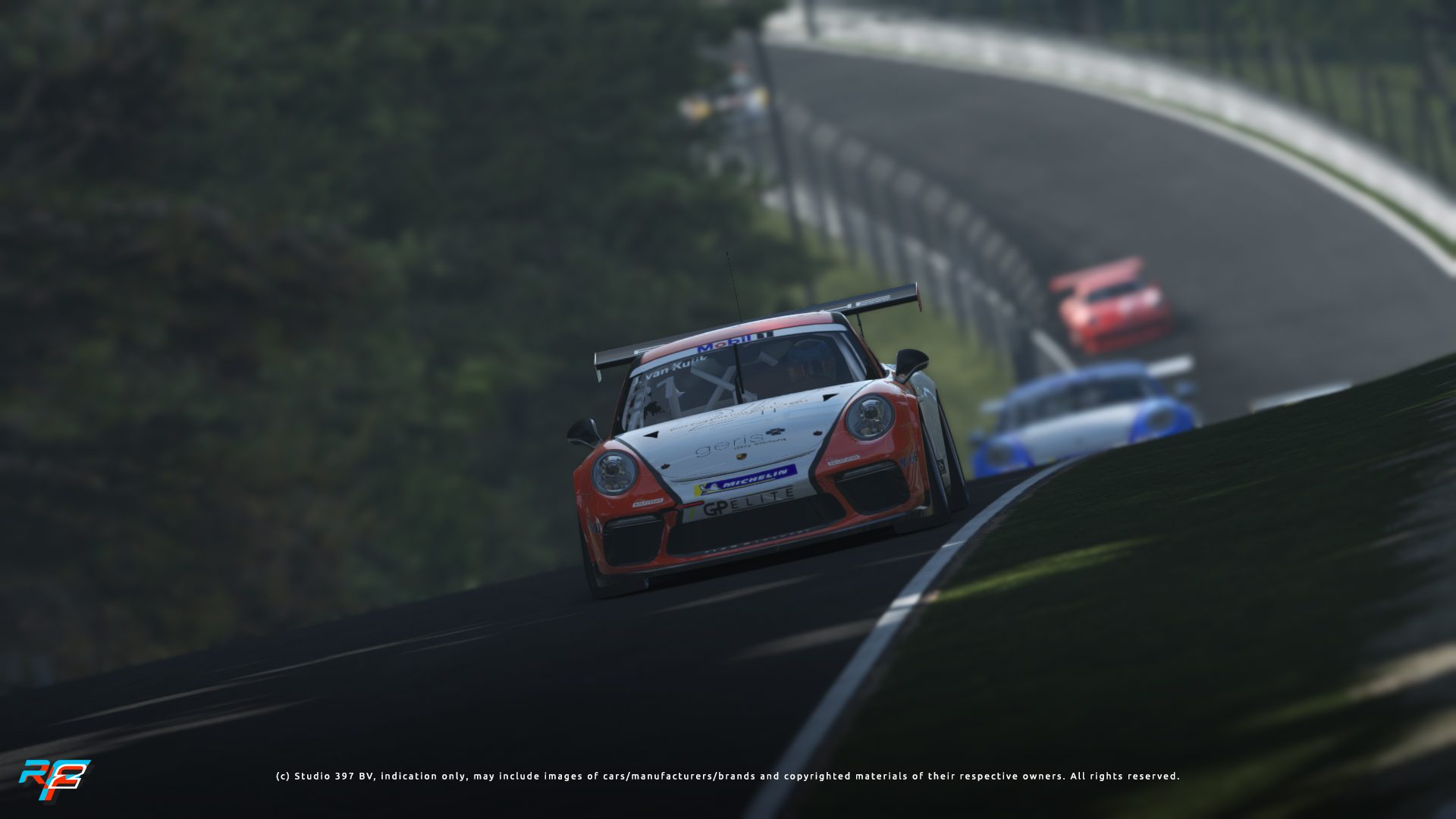